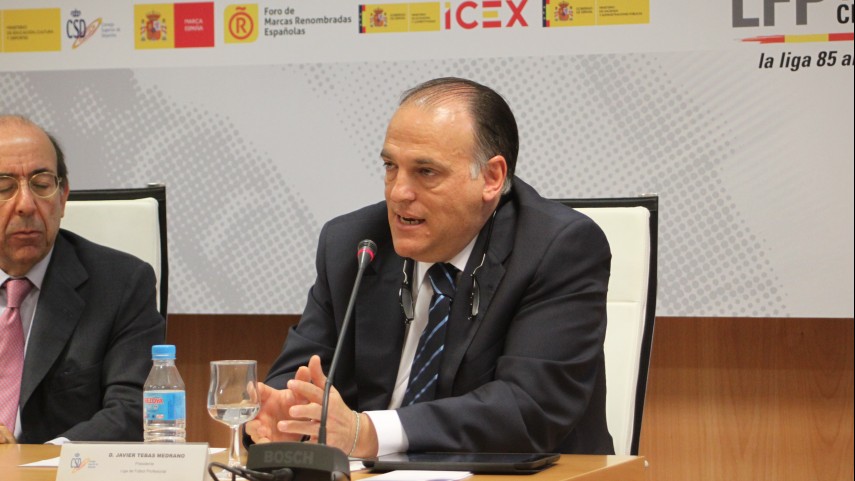 "Playing in winter isn’t the end of the world"

The Liga de Fútbol Profesional president explained in five lines the LFP’s point of view about the 2022 FIFA World Cup in Qatar. Javier Tebas started by saying "it’s not worth arguing if it was a good choice to give the World Cup to Qatar. It’s a decision that has been taken and we now have to look forward".

The president added that "it was ridiculous to even think about playing in summer. It will be played in winter because that’s when it can be hosted in a country with such conditions". Tebas also noted that "playing in winter isn’t the end of the world, it doesn’t have to be a disaster for football".

The Liga de Fútbol Profesional chief added that "it was a clear choice. You have to give the World Cup to different countries because if not, you rule out it being hosted in certain parts of the world". Javier Tebas also asked for sacrifice "we should all make the effort to adapt. Leagues, federations, UEFA and FIFA. We all have to give something in order for the World Cup to be a success". He finished by saying "the LFP have a proposal ready to minimise the impact that a winter World Cup might have".