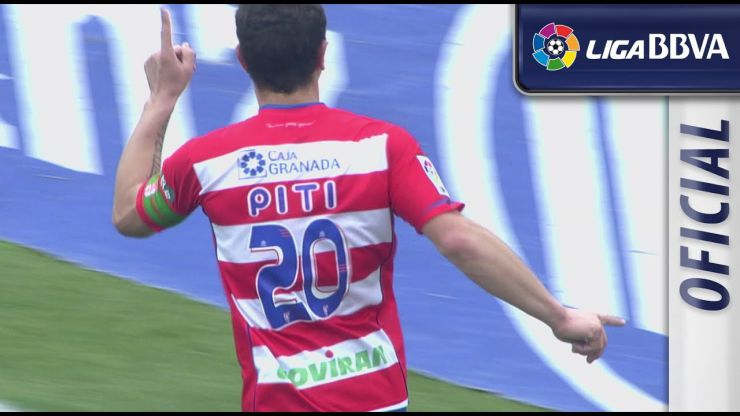 The nazarí, who had lost their previous three games, beat Betis 1-0 thanks to a goal from the Catalan central midfielder and move away from the bottom in the process.

Granada CF beat Real Betis Balompié 1-0 in Sunday's first game in what is the 24th round of Liga BBVA fixtures. Piti's strike was enough for the Andalusian side to end their run of three consecutive losses and move away from the danger zone in the table. Betis, for their part, remain bottom.

In an animated first half, it was Granada who started stronger, going close with a double effort from Yacine Brahimi that goalkeeper Antonio Adán did well to keep out. Jorge Molina came close to putting his side ahead, however Roberto Fernández was alert and managed to keep the forward’s effort at bay. Granada, who were more active and incisive in attack, eventually managed to score through Piti in the 31st minute.

In the second half Betis tried their best to come back. The side from Seville had two guilt edge opportunities, through Jorge Molina and Léo Baptistão, but Roberto was not to be beaten. Dani Benítez was sent off in the 79th minute for Granada giving Gabriel Calderón's side hope, however they couldn't make the extra man count and the game finished as it was.