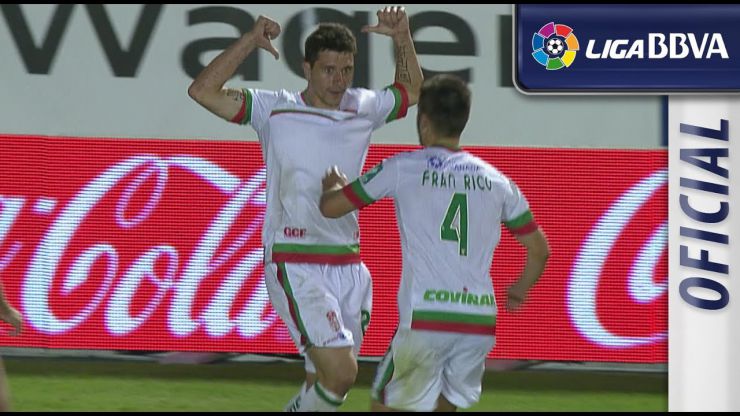 Piti gives the points to Granada

Granada, with a goal from Piti in added time, recorded a brave win in a tight match against Levante.

Granada CF, with a Piti free-kick in added time, recorded an important away victory at Levante UD in the Liga BBVA matchday 12 game.

Granada took the initiative in the Ciutat de València Stadium and persistently invaded Keylor Navas' area, but it was Levante who had the best chance in the 23rd minute, when a shot from Pape Diop from outside the area forced a spectacular stop from Roberto Fernández. It was Granada's keeper again, two minutes later, who saved his team by blocking a penalty from Nabil El Zhar, the Moroccan international having been brought down by Manuel Iturra.

After the break, the Andalusian side was again the quickest off the mark, enjoying possession and plenty of chances in front of Keylor's goal, while Joaquín Caparrós' men looked for opportunities on the counterattack, Babá having two before the 60 minute mark. As the clock ticked on, the match began to even out and either team could have scored, but in the end it was Piti, with a spectacular free-kick in injury time, who gave Granada the victory