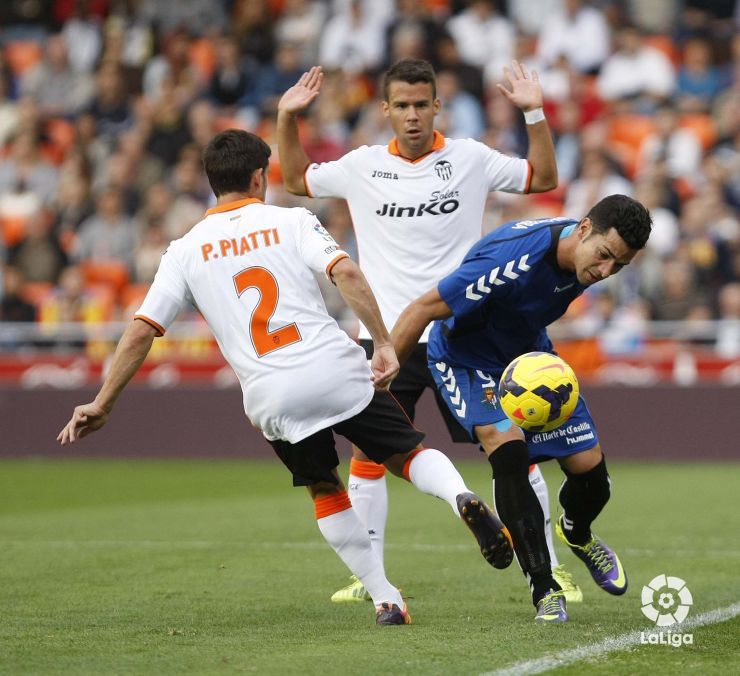 Piatti out for four or five weeks

The Argentinian midfielder pulled a muscle in Saturday's training session, before the Valencia – Sevilla match.

According to the Valencia CF medical department, tests undergone by Pablo Piatti on Monday have confirmed that the midfielder is suffering from a torn rectus femoris muscle in his right leg.

Therefore, the Argentine player will be sidelined for between 4 and 5 weeks, meaning that he will certainly miss the clashes with Granada CF, Rayo Vallecano, Athletic Club and Real Sociedad. Piatti picked up the injury last Saturday in the training session before the match his team played against Sevilla FC, in which his teammate Philippe Senderos also picked up a niggle. The Swiss defender has pulled the adductor in his left leg and his progress will be monitored in the coming days.