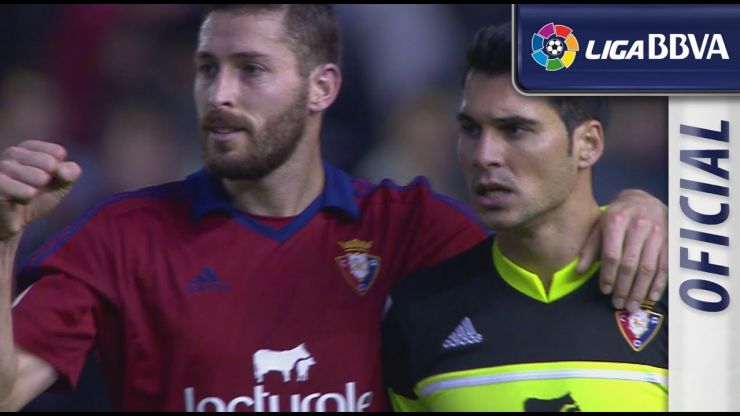 Real Madrid drew 2-2 with Osasuna thanks to an 80th minute goal from Pepe despite the team from Navarre taking a two-goal lead.

CA Osasuna and Real Madrid CF drew 2-2 in Saturday's first Liga BBVA matchday 16 game. Javi Gracia's team took a two goal lead thanks to a brace from Oriol Riera, but the Whites ended up pulling it back through Isco Alarcón and Pepe, with a late goal from the latter.

The first half was a thriller. After fifteen minutes, Oriol Riera latched on to an accurate cross from Marc Bertrán to beat Diego López with a powerful header and put the team from Navarre ahead. In the 39th minute, when Real Madrid were looking to equalise, Oriol Riera appeared again to pounce on a rebound from the Madrid keeper and make it 2-0 giving the home fans something to sing about. The intense pace of the encounter continued and, down to ten men after Sergio Ramos was given his marching orders, Carlo Ancelotti's men managed to cut the deficit in the last minute of the first half through Isco.

After the break, Real Madrid had no option but to play attacking football, while Xabi Alonso took over in the centre of defence. With the home team also down to ten men after Francisco Silva received a second yellow when the clock read 79, Real Madrid managed to rescue a point through a Pepe header one minute later.