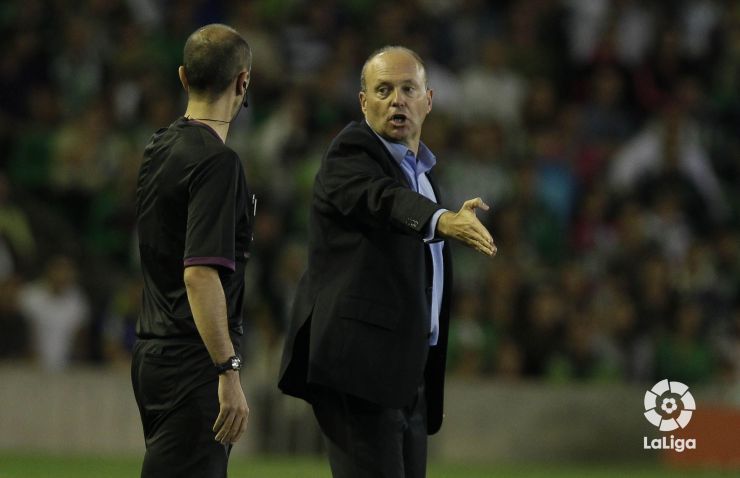 The Madrid born coach has been relieved of his duties by the Green and Whites, according to an official communication by the club.

Pepe Mel has been relieved of his duties as the Real Betis Balompié first team coach, according to the Seville club's official website. In the same announcement, the club also confirmed that both of Mel's coaching assistants, Roberto Ríos and David Gómez, have been let go.

"Due to the difficulties the team is going through on the pitch, and the need to change things around in order to get results, Real Betis Balompié has decided to part company with Pepe Mel, who has been the first team coach since the Summer of 2010", the team's communication reads.

The club thanked Pepe Mel for the devotion and commitment he gave to Betis, a team he managed since 2010 and gained promotion to the Liga BBVA with. In his third season in charge of Betis, he got the team into the Europa League, a comptition the team is competing in this season.