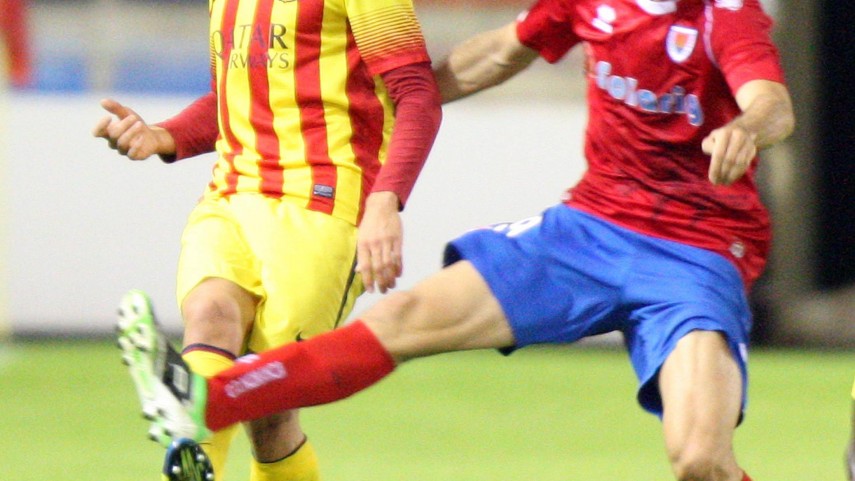 Pedro Martín out for four to six weeks

The Numancia player has torn his rectus femoris muscle and is expected to be sidelined for at least one month.

Bad news for Juan Antonio Anquela. CD Numancia striker Pedro Martín picked up an injury in training on Tuesday and had to withdraw from the session with a muscle problem in his right quadriceps.

He has undergone a scan which found that the forward has torn the fibres of the rectus femoris in his right leg and is expected to be out for between four and six weeks.

Pedro Martín is one of the players that Anquela tends to use as a substitute. The coach will hope to have the marksman from Malaga back for the series of important matches which include RCD Mallorca and RC Recreativo de Huelva.