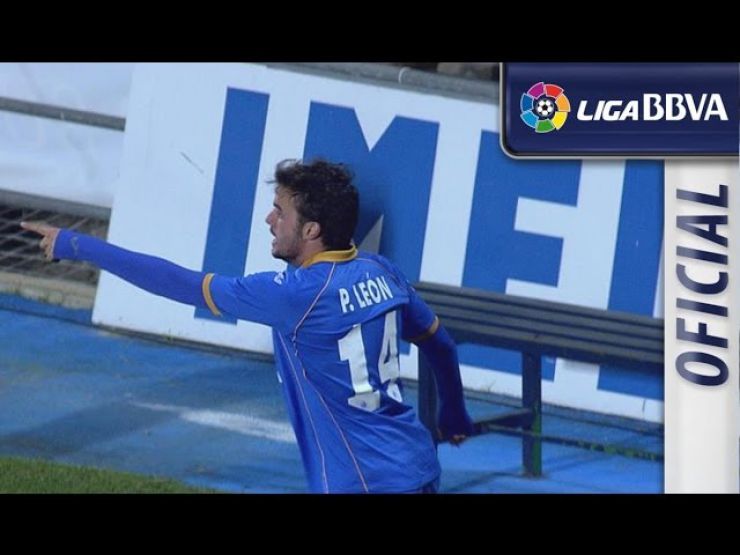 The Madrid side sunk Levante thanks to a second-half goal from the midfielder from Murcia and moves back into the European spots.

Getafe CF beat Levante UD 1-0 in the opening game of Liga BBVA matchday 15 thanks to a goal from Pedro León in the second half. Luis García's team bagged its seventh win of the season to move back into the European spots at least until the match between Real Sociedad de Fútbol and RCD Espanyol on Saturday.

The first half of the match was an even affair in which possession was shared and, despite the fact that both teams made efforts to unsettle their opponent's keeper, neither was able to create any clear chances. The best opening of the first half fell to the visitors, with a header from Simão Mate that went wide after fourteen minutes of play.

After the break, Levante had a golden opportunity to break the deadlock. Pape Diop's corner was met by the head of David Barral, whose powerful shot was brilliantly saved by Miguel Ángel Moyà to keep the tie goalless. As the final whistle drew near Getafe cranked up the pressure and, piling men forwards, they ended up getting their just deserts with a goal from Pedro León in the 79th minute. Joaquín Caparrós' men fought for an equaliser until the last, but Sérgio Pinto's shot in the final minute rifled into the crossbar.