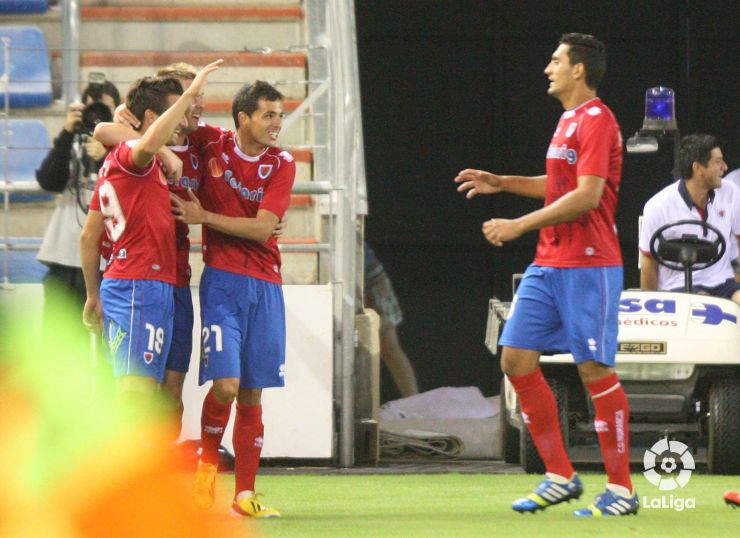 CD Numancia player Marc Pedraza will be out for the next three weeks due to injured adductor longus in his left leg.

The 26-year-old Catalonian midfielder had to pull out of training last Wednesday due to a pain in the affected area and tests have since confirmed the worst, as he will be sidelined for the next three weeks having torn the fibres in the adductor longus in his left leg. It is the Catalonian player's first season in the ranks of Numancia after coming through the reserve teams at RCD Espanyol and Deportivo Alavés and the first teams at Espanyol and CE Hospitalet, where he spent the last three campaigns.

Pedraza already missed the match against CE Sabadell on Saturday at Los Pajaritos, a clash which his team won 3-1 thanks to goals from Miguel Palanca, Francisco Regalón and Natalio Lorenzo. After six matchdays the team from Soria finds itself in tenth position in the Liga Adelante with nine points.