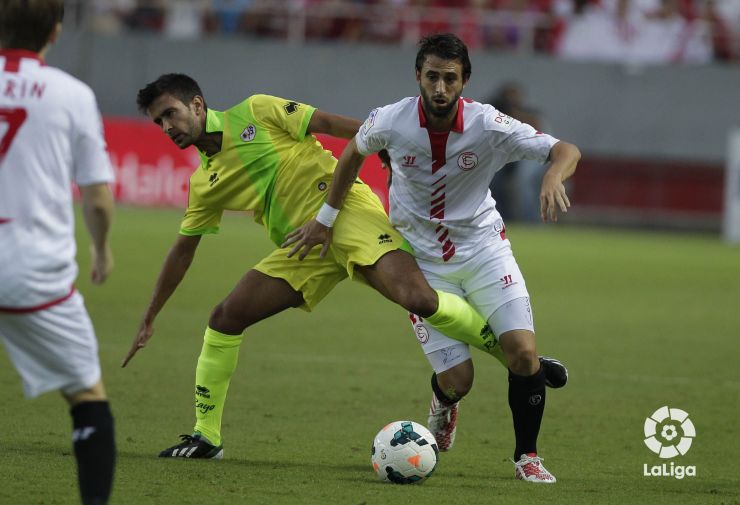 Pareja out for four weeks

Sevilla’s defender, who has injured his right knee, will miss several Liga BBVA matches for his club.

According to Sevilla FC’s official website, Argentinian player Nico Pareja will be sidelined for four weeks.

In theory, Sevilla, who are currently eleventh in the table, will be without the centre-back for the derby against Real Betis Balompié on the 24th of November. In addition, he will miss the clashes with Granada CF and, almost certainly, Athletic Club.