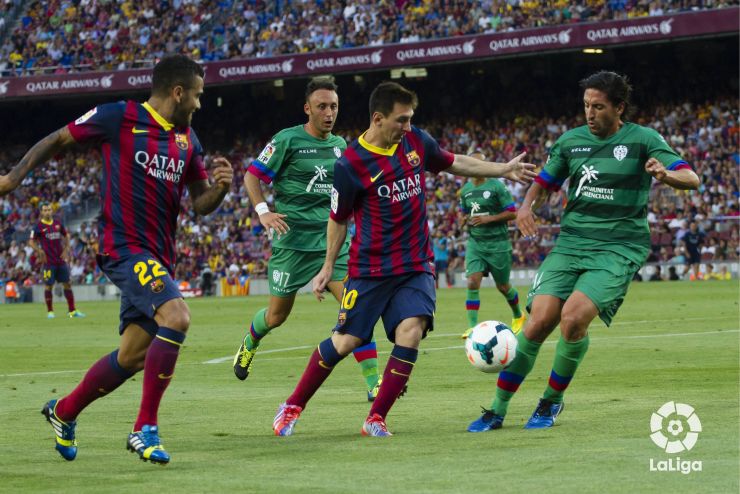 Pallardó out for four to six weeks

Levante's midfielder will be out for at least one month after being diagnosed with a sprained tibial collateral ligament.

Miguel Pallardó will be unavailable to Levante UD for between four and six months after the tibial collateral ligament injury in his left knee was confirmed to be grade II-III. The midfielder from Alacuás has played 45 minutes so far in the Liga BBVA, coming on in the second half against FC Barcelona on matchday one.

It is a setback for Joaquín Caparrós, who has so far managed to guide Levante to ninth place after eight matches with two wins, four draws and a defeat.