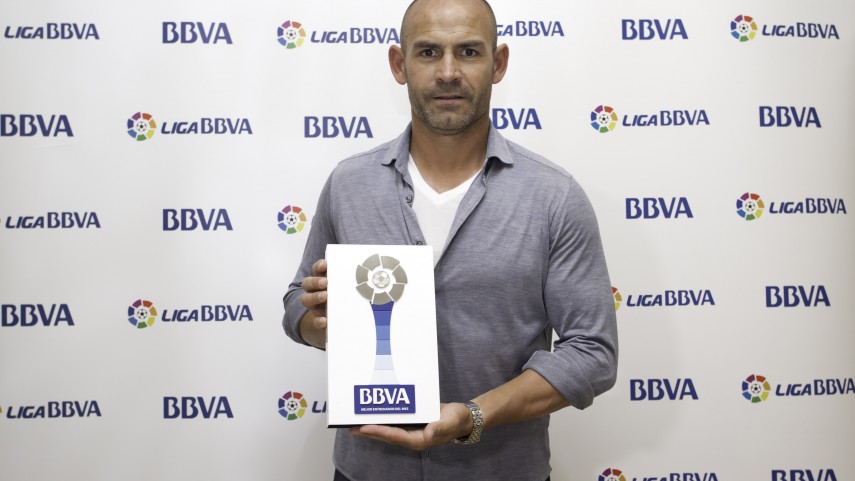 Paco Jémez, Liga BBVA manager of the month for April

The Rayo Vallecano manager has been awarded the prize after his side took 10 points from a possible 12.

Rayo Vallecano manager Paco Jémez has been given the BBVA award for manager of the month in Liga BBVA for April by the Liga de Fútbol Profesional's principle sponsor.

Last month ended with the fantastic run by the side from the Vallecas suburb of the Spanish capital, which had started in March. Three wins and a draw from their four games in April, with a balance of 11 goals scored and just three conceded saw Paco Jémez's side practically secure their place in Liga BBVA for another season.

With their cultured football, Rayo started April with a 3-0 win over RC Celta de Vigo in matchday 32. In the next, the Madrid side let a certain win slip away in the final minutes against RCD Espanyol, drawing 2-2. This was the game that prevented them from securing a clean sweep, however Rayo did secure another two wins, 3-1 and 0-3, against Real Betis Balompié and Granada CF, respectively.

In total, 10 points from a possible 12 in April mean that Rayo Vallecano, who started the month in 14th, three points above safety, finished 9th, with their presence in Liga BBVA virtually sealed for another season.