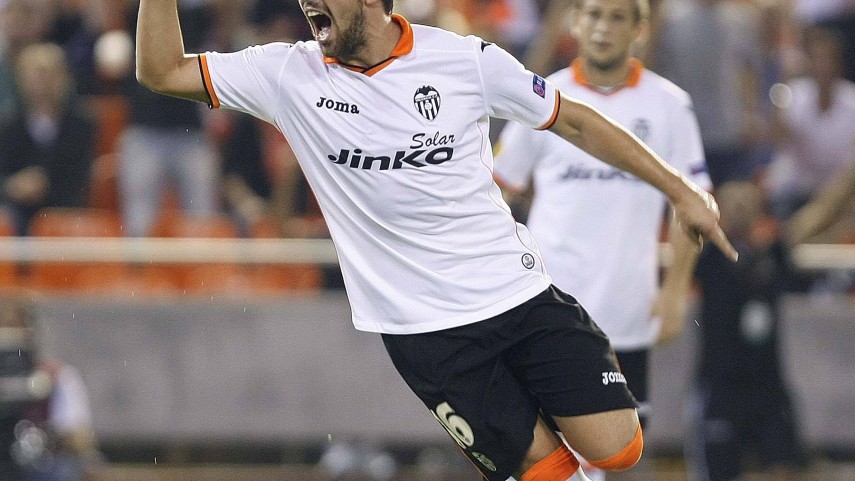 The ché's youth-academy graduate is key to Pizzi's system, where he produced a sensational month of football with five goals in as many matches in the Liga BBVA.

Paco Alcácer, the striker from Torrent (Valencia), is a born goal-scorer and he has become the keystone of the 'new' Valencia CF, managed by Juan Antonio Pizzi. The Argentinian coach quickly realised the potential of the young academy player's talent. Alcácer has responded in style and this weekend he found the net against Granada CF, his fifth goal in as many matches, something that has converted the ché's number 16 from a young hopeful into a genuine star.

Perhaps he is not your typical centre-forward, but his mobility in the box and his clinical first-time finishing have allowed this 20-year-old striker to shine at the club where he learnt his trade.

Alcácer is the top goal-scorer in the Pizzi era having found the net five times in the Liga BBVA, once in the Copa del Rey and three more in the UEFA Europa League. He shares the title of Valencia's most prolific striker in all competitions this season with the Brazilian attacking midfielder Jonas Gonçalves, who also has nine.

The striker from Torrent is one of the genuine architects of the team's sudden turn around and the excitement of its fans. Since Pizzi arrived, and with Paco on the field, the ché is undefeated in six matches and has collected twelve points from a possible 18. Two of those victories came in the Estadio de Mestalla against Real Betis Balompié and Granada CF, and the other against FC Barcelona in the Camp Nou.

His best performance came against Betis when he scored a brace in the side's 5-0 rout of the verdiblancos. His figures are even more impressive when you consider that they were recorded in just 29 days of the Liga BBVA. His first month was a model of efficiency.

His coach is delighted with his performances and praised the work of Valencia's youth-academy graduate. "Since I arrived at the club, Paco has always shown a readiness to work and train hard. He has played well at every opportunity he has been given and when he has come on as a sub, he is still motivated and convinced that he can score more goals that are vital for the team", said Pizzi in the press conference after the last match against Granada.

His spell at Getafe CF last season allowed him to play more than half of the side's Liga BBVA games (20), in which he scored three goals. He is now a more mature footballer than a year ago and he has become the cornerstone of a Valencia that now lies eighth in the Liga BBVA. With Alcácer's goals, the sky is now the limit for Valencia this season.