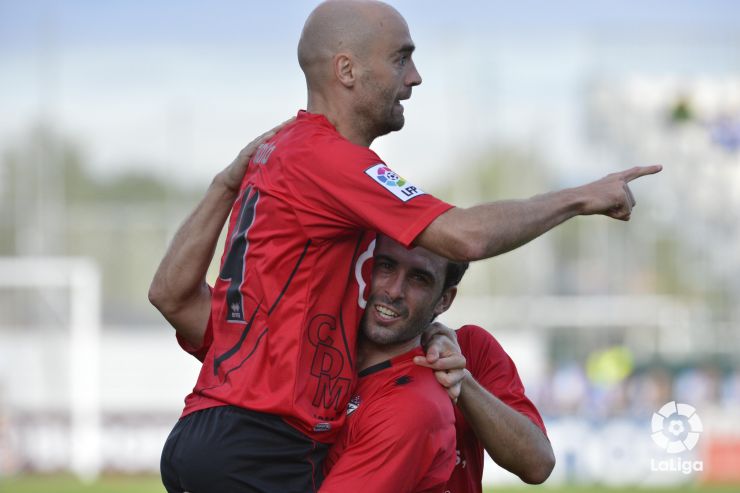 Pablo Infante is crowned the king Anduva once again

The Spanish midfielder’s goal against Ponferredina was his first time to find the net at home for 546 days.

CD Mirandés' captain and club idol, Pablo Infante, has put an end to his 546 day-long goal drought in Anduva. In the 67th minute of the team’s recent encounter with SD Ponferradina, the Spanish midfielder popped up to score the winning goal for his team. It was his first goal of the Liga Adelante 2013/14 campaign.

The 33-year-old hadn’t got the fans in the Estadio Municipal de Anduva off their seats in over a year and a half. Although he has scored away from home, the by-day bank employee was eager to impress the home support.

The last time Infante scored in Anduva in a national competition was on the 1st of April 2012, when Mirandés beat SD Eibar 2-1. Jon Altuna put the Basque side ahead, but goals from Infante and Alain Arroyo ensured that all three points stayed at home. This year the Miranda de Ebro side was promoted to the Liga Adelante after finishing top of the third division.

This season the Mirandés captain has played a part role, having only played twice so far. The second of those appearances brought with it a goal though, giving the team a win in the seventh matchweek of the campaign.