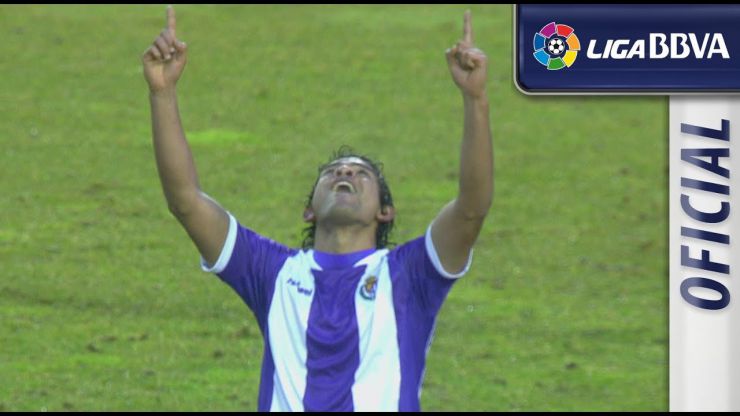 A brace by the Colombian towards the end of the game earned Valladolid a point against an Elche side that had a two goal lead.

Real Valladolid and Elche met in the José Zorrilla Stadium for a match that was hugely affected by the state of the heavily waterlogged pitch. In the end it ended all square after Humberto Osorio scored twice to salvage a point for his team.

Both sides struggled to adapt to the harsh conditions during the opening period of the game, with the ball proving almost impossible to control on the extremely slippery surface. There were practically no threats on goal before Coro opened the scoring in the 34th minute, with the assist coming from Cristian Herrera.

Valladolid increased the pressure in the second half and at stages had Elche on the ropes. However, Fran Escribá's men withstood the onslaught and managed to double their advantage in the 66th minute. Manu Del Moral was at hand to finish off a corner after the ball had stopped dead in the rain soaked six-yard box. Valladolid closed the gap quickly through Humberto Osorio, who then went on to get the equaliser in the 77th minute with another great strike in the box.