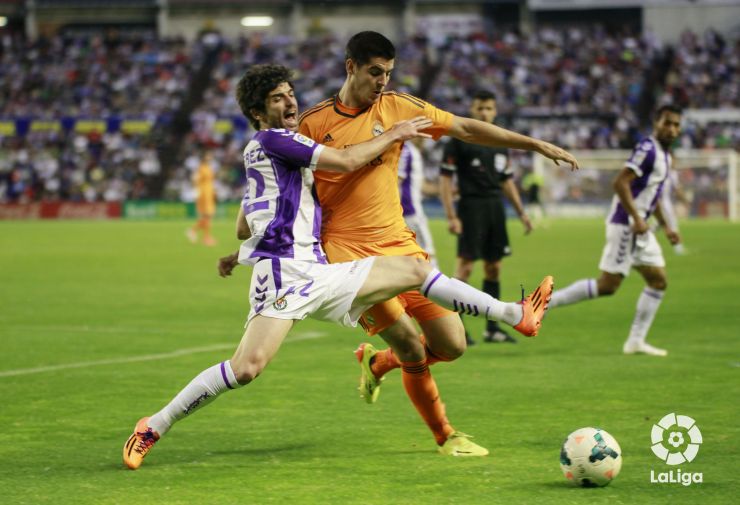 The Colombian striker earned Valladolid a point in the 85th minute to cancel out Sergio Ramos' first half goal which put the visitors ahead.

Valladolid CF drew 1-1 with Real Madrid in the sides' postponed Liga BBVA matchday 34 clash. As a result, the Whites now trail Atlético Madrid by four points, which makes their chances of winning the league even more remote. Meanwhile, Valladolid earned a valuable point that allows them to climb out of the relegation zone.

With everything to play for the home side went all out against Real Madrid, who suffered a major setback early on when Cristiano Ronaldo was forced to go off injured. Despite that, Carlo Ancelotti's players regrouped and began to grow into the game as the first half unfolded, although they were unable to create any clear chances on goal. Sergio Ramos, who was making his 400th appearance for Real Madrid, struck a powerful direct free kick into the back of the net in the 35th minute to make it 0-1, a lead the visitors took into the half time break.

After the first 15 minutes of the second half, Valladolid started to click and began to cause the away side all kinds of problems. Juan Ignacio Martinez's men were rewarded for their good play when Humberto Osorio equalised with a header in the dying stages of the game. The point will give the home side a much-needed dose of confidence in the relegation dogfight, while it practically crushes Real Madrid's title hopes.