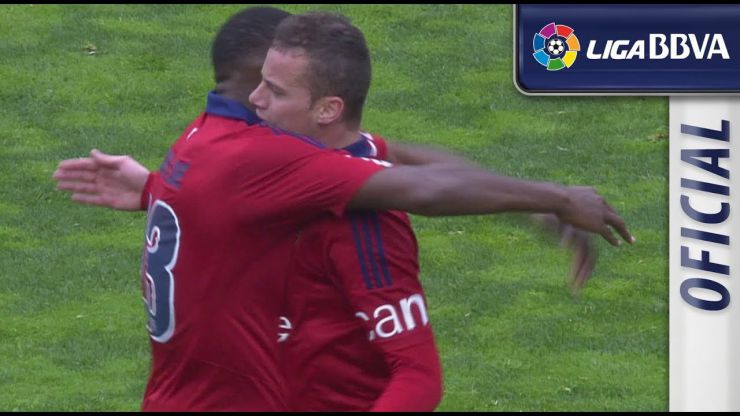 The rojillos, despite failing to win against Real Sociedad, earned a valuable point that ended a run of five losses.

It was a very attractive encounter between the two teams that started with the txuri-urdins knocking on the door. In the first minute of play forward Carlos Vela sent out a warning that he was going to cause a lot of trouble on his return to Pamplona. Indeed it was the Mexican player who provided the assist for Chory Castro, who beat Andrés Fernández inside the box. Osasuna, gradually improving, had Oriol Riera as their biggest threat. The Catalan forward unsettled goalkeeper Claudio Bravo on three occasions, when he came close to finding the net.

The goal finally came shortly after the break, with a shot from the omnipresent Riera, who this time managed to get past Bravo. Earlier, defender Íñigo Martínez was unable to trouble the home side’s goalkeeper Andrés Fernández with a strike from midfield that hit the crossbar. The two teams fought hard to the end, but neither was able to change the 1-1 scoreline that the match ended with. With this draw, Osasuna remain in the relegation zone with 30 points while Real Sociedad are still in fifth with 50, awaiting the results from the rest of the matchday.