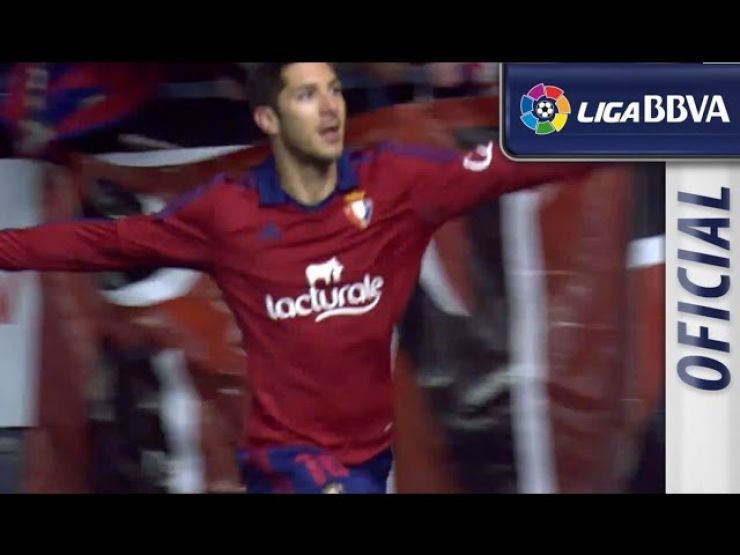 Three goals from the Navarrese team decide the match against the rojiblancos, who found no response.

CA Osasuna won 3-0 against Club Atlético de Madrid in Sunday’s final game on the 25th matchday of the Liga BBVA.

The game at El Sadar started with pace and intensity. In one of the first plays of the match, Osasuna surprised Atlético and opened the scoring. Álvaro Cejudo hit a volley on the far post and beat Thibaut Courtois at point-blank range. The rojiblancos, bettered on the scoreboard and on the field of play, watched as the Navarrese team scored a second. A poor clearance from Juanfran Torres fell to the feet of Emiliano Armenteros who hit a beautiful left-footed shot from outside the box, skimming Courtois’ right post.

And Atlético, with the best defensive record in the championship, would go a third goal down before half time. Roberto Torres slipped in between the centre backs to head in the winning goal. After the break, Diego Pablo Simeone sought a response, but the lack of accuracy in the rojiblanco attack and good positioning from Osasuna in defence prevented it. With this result, the Madrid team end in the day in third place, while the rojillos are twelfth.