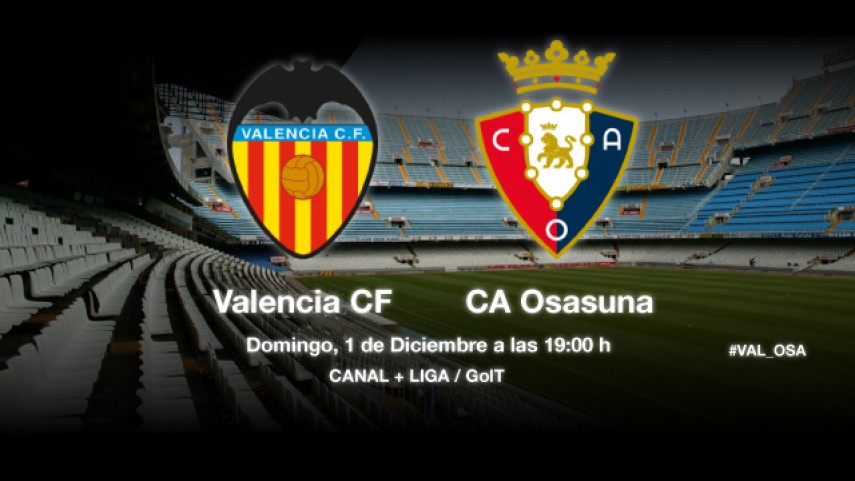 Osasuna looking to conquer the Mestalla

The side from Navarre meets a Valencia on Sunday who will be looking to give their fans something to smile about.

Valencia CF will receive a visit from CA Osasuna on matchday fifteen of the Liga BBVA with the hope of putting a smile back on the fans' faces. Valencia have played three games without a win, so they will be looking to rediscover their spark.

Miroslav Djukić, the home team's manager, comes into the match without goalkeeper Vicente Guaita and midfielder Pablo Piatti, both of whom are injured. "I think the team is where we want them to be. They look to be progressing and that gives you peace of mind".

For his part, Javi Gracia, Osasuna's coach, told the media in the pre-match press conference that Valencia would "demand a lot" of them, while he also praised his opponents. "It is a great team, with a great squad and I don't know when, but they will start to play their best football", he stated.