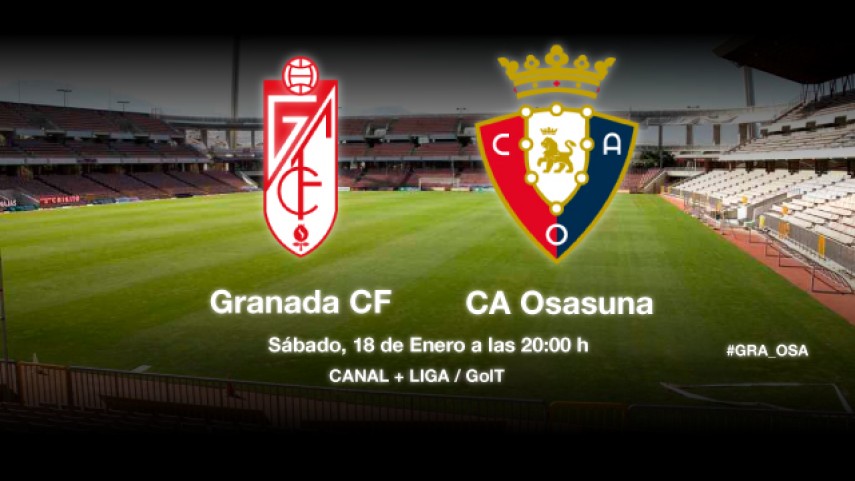 Osasuna looking for their third win in 2014.

Andrés Fernández will miss the Navarra side's visit to Los Cármenes, where they take on a Granada side full of confidence following their high scoring win.

Granada CF and CA Osasuna meet in a match corresponding with the 20th round of Liga BBVA fixtures. It is a game that has tended to favour the home side historically, as the Andalusians have not lost to the Basque team at Los Cármenes since the 1957/58 season.

A confident Granada side host Osasuna with their confidence sky-high following their 4-0 hammering of Real Valladolid CF last time out. The Andalusian side, who sit ninth, were on an upward curve during the first half of the season, and Lucas Alcaraz explained that his side have "the passion to compete and do the right things". Hassan Yebda and Pape Diakhaté miss out with injury, however Yacine Brahimi will be back.

Following their elimination from the Copa, Osasuna will go to Granada looking to make it five games in a row without losing. Javi Gracia welcomes back Emiliano Armenteros and Patxi Puñal, but will be without the suspended Andrés Fernández. The Basque side will be looking for their third win in 2014 as they continue to climb up the Liga BBVA table. Gracia explained: "the 21 points that we have give us confidence, but not excessive amounts", adding "every game is difficult. Small details could see us start a bad run".