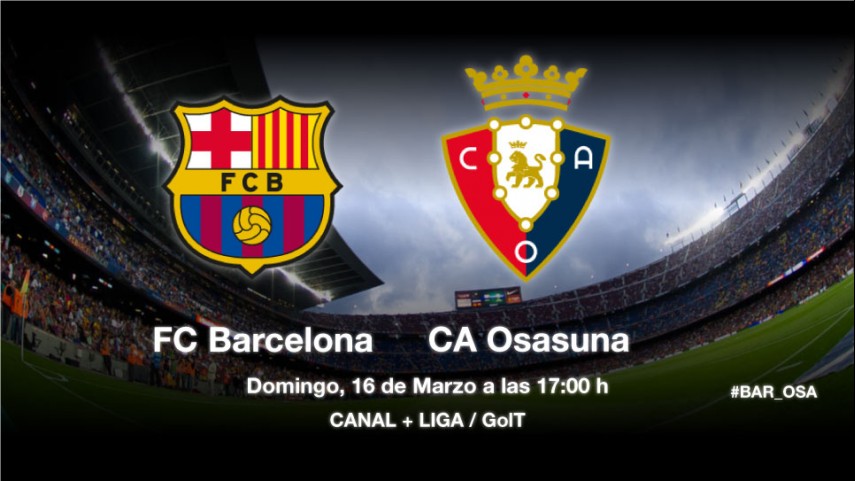 Osasuna look to make the most of an opportunity

With a diminished blaugrana defence and after their recent defeat to Valladolid, the rojillos will be looking to make the most of Barcelona's slump and take something home from the Camp Nou.

On matchday 28 of the Liga BBVA, FC Barcelona will host a tricky visit from CA Osasuna, an opponent that will be looking to make the most of its opportunities to pick up points in the Camp Nou against a blaugrana team that is lacking in defence.

Defenders Carles Puyol and Gerard Piqué, with a right-knee and a right-ankle injury, respectively, are not in the squad. The Catalan outfit's coach, Gerardo Martino, stated that his team "has to improve on its performance against Real Valladolid CF".

For its part, the side from Navarre, who drew nil-nil with Barça in the first half of the season, will be without defender Marc Bertrán and midfielder Miguel de las Cuevas. Javi Gracia, the visiting coach, said in the pre-match press conference that his team is "optimistic and will fight hard for a good result".