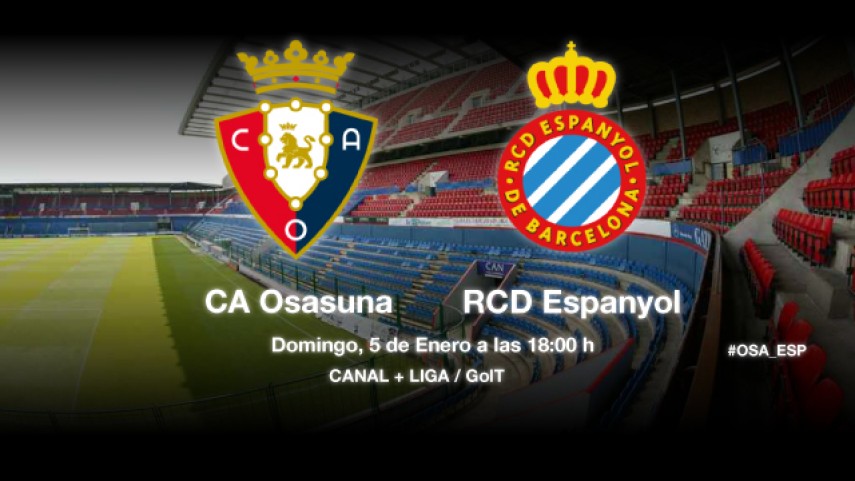 Osasuna hope to find something against Espanyol

While the team from Navarre look for their third home victory of the season, Aguirre's men look to pick up from where they left off before the break.

The eighteenth matchday of the Liga BBVA brings together two teams who ended the year on very different notes. While RCD Espanyol filled their boots against Real Valladolid CF, CA Osasuna closed out the year with three consecutive matches without a victory.

Without Damiá Abella, who is serving a suspension, and with Nino, Sisi and Manu Onwu all injured, Javi Gracia's team come into their first match of 2014 feeling revitalised. Osasuna's coach defined his team's situation as "optimistic" despite being in the relegation zone. "The victories will come, and now we have an opportunity. We are going to see if we are capable of winning an important game", he explained.

He will be faced with an Espanyol who are aspiring to play in Europe. Javier Aguirre's sidewill come to the Estadio de El Sadar without Víctor Álvarez, Sergio Tejera and Andrei Torje, who are suffering from flu and Víctor Sánchez who is injured,while Juan Fuentes is serving a ban. The Mexican coach explained that, after the Christmas break, "we have to change our attitude", adding: "We have half the season ahead of us to fulfil the club's goals".