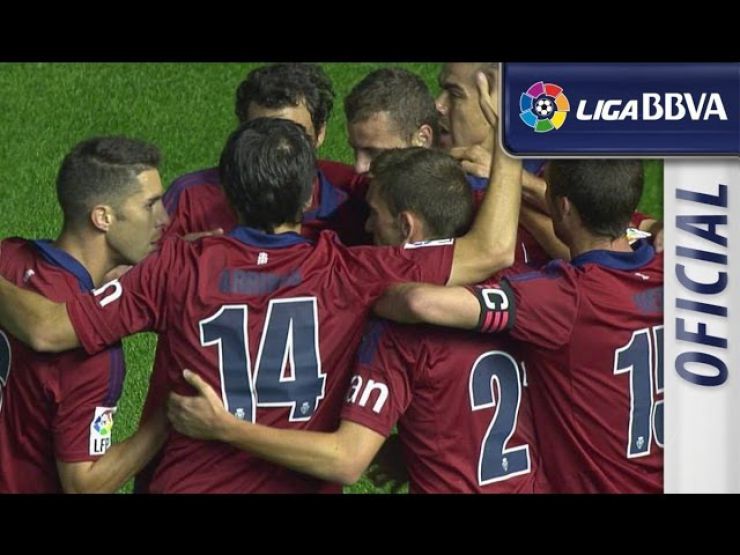 The side coached by Javi Gracia beat Rayo 3-1 in El Sadar after a stunning opening.

CA Osasuna has its smile back in the Liga BBVA after beating Rayo Vallecano 3-1. Oier Sanjurjo and Oriol Riera set the home team on the right track with two goals in the first fifteen minutes.

The Navarrese side, who suffered a defeat at the hands of Sevilla FC at the weekend, came flying out of the blocks in the first half and before the first minute was up they were already ahead. Oier nodded in the first corner of the match to make the first change to the scoreboard. The home side's frenetic pace continued and they did not have to wait long for their second goal. Before the first fifteen minutes had passed, Oriol Riera stepped up to double his team's advantage and find the net for the fifth time this Liga BBVA season.

In the second half Roberto Torres rifled in a right-footed shot to bag the third goal, while Alejandro Gálvez cut the deficit for Rayo Vallecano with 18 minutes to spare. The result means that Osasuna now has ten points and is out of the relegation zone.