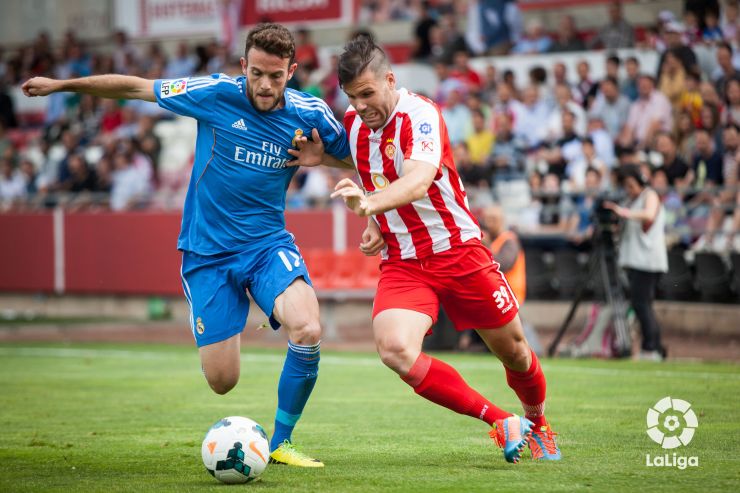 Ortuño crops up on time for Girona

The Catalan outfit managed to rescue a draw against Castilla thanks to a last-minute goal from the Murcian striker.

Girona FC and Real Madrid Castilla drew 1-1 in their Liga Adelante matchday 38 clash. The shared points mean that both teams will have to keep fighting if they are to seal salvation.

Both sides produced some quality football in a first half in which, despite the lack of goals, there were plenty of chances. Home keeper Alfredo Ortuño was one of the stars of the match, enjoying two great chances from which Fernando Pacheco saved the Whites' reserve team with a pair of outstanding saves. However, the best opportunity in the first 45 minutes fell to the visitors, when Sergio Aguza rifled a shot into the woodwork.

The side from Spain's capital could not have come out better after the break, taking the lead when the clock read 47 with a great goal from Quini. The defender strode forward and produced a superb finish to take a lead that Castilla managed to defend until the 90th minute. Then, Ortuño cropped up to head home a cross from the left wing and rescue a valuable point.