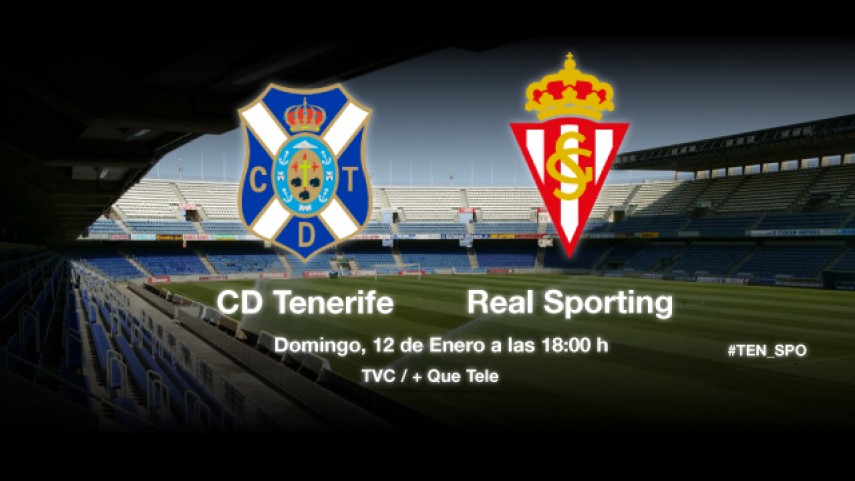 Opposing goals in the Heliodoro

Tenerife hope to move away from the bottom while Sporting will be bidding for the top spot in the Liga Adelante.

CD Tenerife and Real Sporting de Gijón will meet on Sunday at 18:00 in the Estadio Heliodoro Rodríguez López in one of Liga Adelante matchday 21's most enticing clashes.

Álvaro Cervera's team will be looking for their second victory on the trot and to return to winning ways at home, where, despite losing their last match 0-3 to CE Sabadell FC, they previously had a run of four consecutive victories. Cervera will have a full arsenal at his disposal for the clash.

The side from Asturias, for their part, after the 2-3 defeat in the Estadio El Molinón against Real Zaragoza, will be trying to move to the top of the Liga Adelante after two matches without a win. They will be fighting for another victory after beating CD Mirandés 3-1 three matches back under the orders of a José Ramón Sandoval whose only absentee will be midfielder Cristian Bustos.