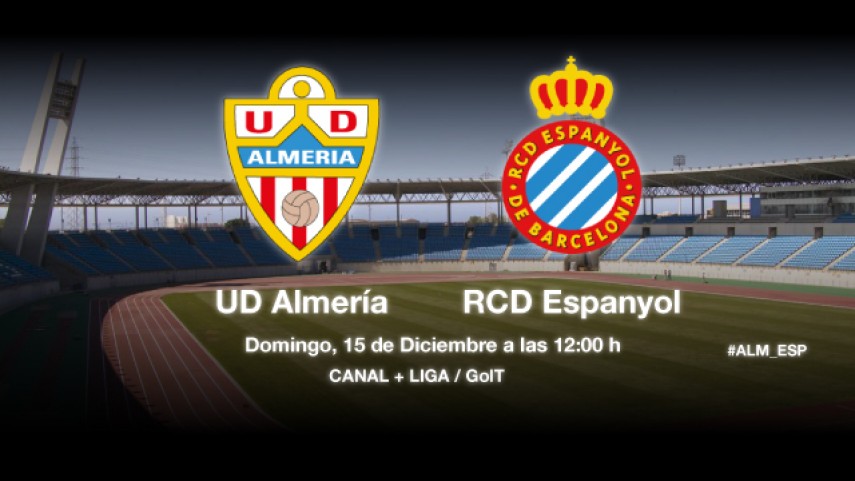 Only victory will do for Almería

Francisco Rodríguez's men will be looking to get their smile back against an Espanyol who have only won one of their last five games.

UD Almería and RCD Espanyol both come into their clash in need of a spark on matchday 16 of the Liga BBVA.

The home team, who have lost their last two league matches, will only be missing Rodri Ríos for the tie, while Miguel Ángel Corona is back on the team sheet for Francisco, the Andalusian team's coach. "We are playing at home and we have to be aggressive and try to take the initiative", revealed Almería's manager before the match.

For his part, Javier Aguirre, the team from Barcelona's coach, has strikers Sergio García and Jhon Córdoba back for the match, along with Mexican defender Héctor Moreno. The Espanyol manager stated that the clash against the Andalusians is "important", while he also made it clear that he would like to reach the Christmas break with "half the work done".