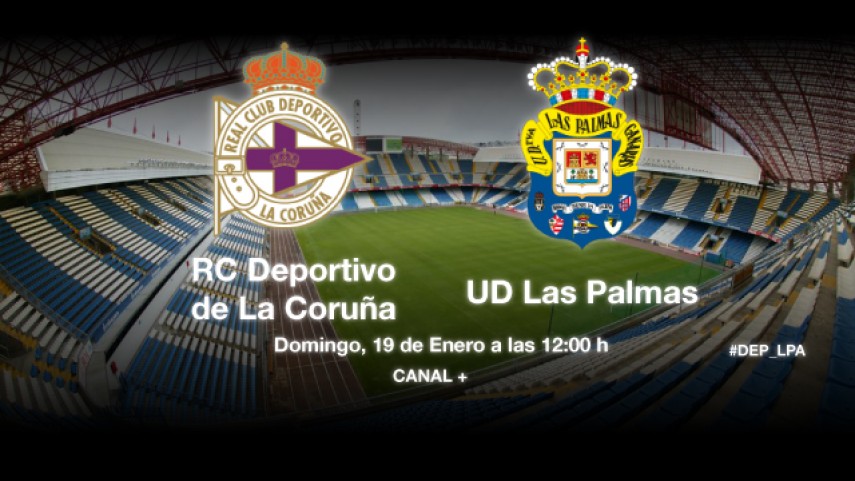 Old friends meet in the Riazor

Deportivo and Las Palmas are to clash in La Coruña in what is sure to be an emotional match for Valerón and Manuel Pablo, who will be playing against their old clubs.

RC Deportivo de La Coruña and UD Las Palmas will provide one of the Liga Adelante's most emotional matches. Juan Carlos Valerón will return to what was his home for so many years, the Riazor, while Manuel Pablo will be playing against his old teammates, this time as a blanquiazul.

As for the game, the home side will be looking to increase its advantage over Real Sporting de Gijón, and stay at the top of the Liga Adelante. The Galician outfit, led by Fernando Vázquez, will host the Gran Canarian club fully intent on grabbing three points after three consecutive draws. To do so, defenders Carlos Marchena, who is injured, and Laure, suspended, like his fellow midfielder Álex Bergantiños, will not be in the squad.

Las Palmas, seventh in the Liga Adelante, travels to the Riazor in a bid to move into the Liga BBVA playoff positions. Defender Ernesto Galán, midfielder Hernán Santana and strikers Tato and Carlos Aranda are all out through injury. Likewise, Ángel López, who is injured, will not take part in the game against Deportivo.