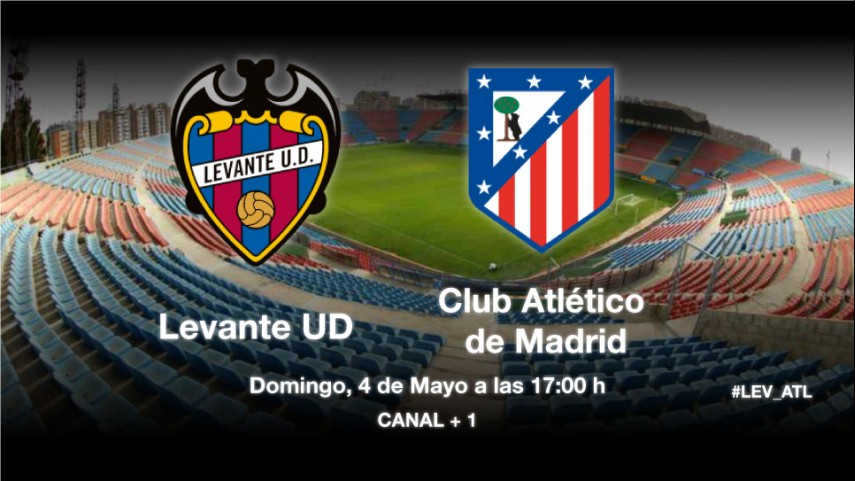 Objectives to be met at the Ciutat de València

A rojiblanca victory against Levante would put the title within their grasp on the next matchday. The granotas seek a victory that will put them on 42 points.

This Sunday the Ciutat de València Stadium hosts one of the most exciting games of matchday 36 of the Liga BBVA. Club Atlético de Madrid are looking for a victory to keep their chances of winning the title intact, while Levante UD need a win to stay safe.

True to their philosophy of taking each game as it comes, Diego Pablo Simeone didn’t want to talk about their real chances of being crowned champions of the Liga BBVA this weekend and maintained his argument that they are not thinking beyond the next match. “The Liga is the day-to-day”, said the Argentine, and he added that they will continue “to take each match as it comes, as we have done”. Juanfran Torres, suspended, is the most notable absence for the colchoneros in Sunday’s game.

Levante, meanwhile, want to stay safe. A victory against the rojiblancos would mean they could go into the last two matchdays with a sense of relief, mathematically safe from relegation. Joaquín Caparrós was full of praise for Atlético de Madrid: “It’s a great team, doing a lot of good things for our football with a very strong mentality.”