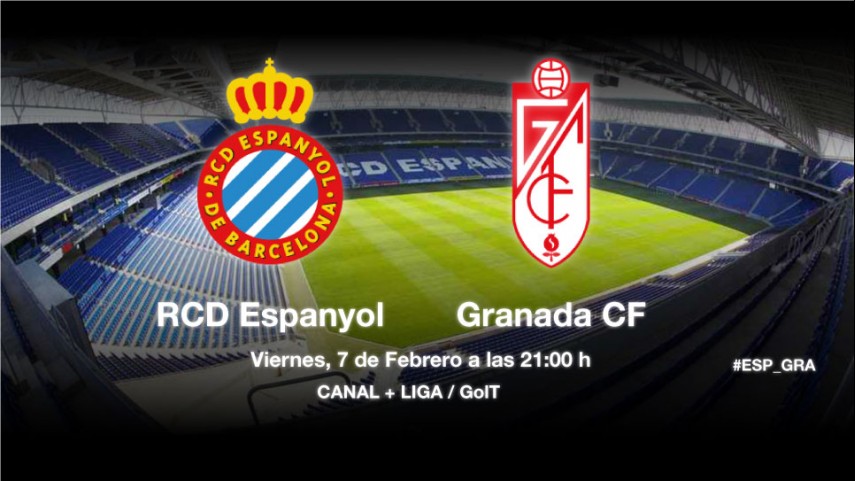 Objective: move away from the drop

Espanyol and Granada will both be looking for a win that would help them move away from the danger zone, of which they sit six and four points above respectively.

RCD Espanyol and Granada CF will open the 23rd round of Liga BBVA fixtures on Friday at 21:00.

The Blue and Whites will be looking for a second consecutive win at the Estadio Cornellà-El Prat after defeating RC Celta de Vigo in their last home tie. Their manager Javier Aguirre is conscious of what is up for grabs: “The game is important as they’re a direct rival and we’re both looking to move away from the drop zone”. Aguirre has a full compliment of players, apart from Joan Capdevila, for the tie.

Granada go to Barcelona looking for their first away win since the 14th of December, when they downed Rayo Vallecano 0-2. The Andalusian side’s manager Lucas Alcaraz spoke about their opponents in his press conference: “It is going to be a hard fought match. Espanyol are side who compete well, and play well with the ball in the air”. He will be without Odion Ighalo for the trip to Catalonia.