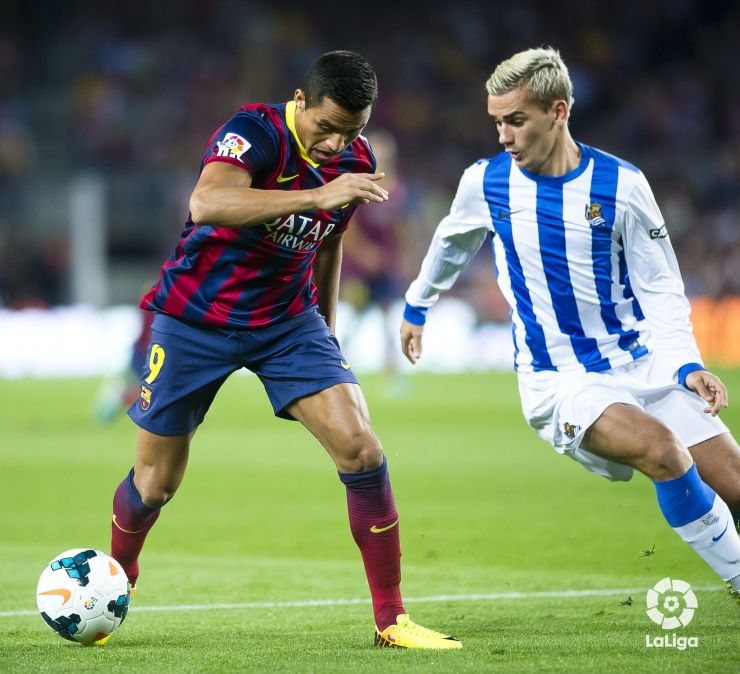 Objective: get back that winning feeling

The Anoeta will host two side whose results haven’t been the best at the start of the 2013/14 Liga BBVA season.

La Real Sociedad de Fútbol take on Sevilla FC after losing to FC Barcelona and have only taken three points from their last five games. They will do so with Gorka Elustondo, David Zurutuza and Carlos Martínez back in the squad, however Esteban Granero, Xabi Prieto, Diego Ifrán and Daniel Estrada are all missing.

Sociedad manager Jagoba Arrasate affirmed in his press conference: “tomorrow’s game is key. If we win, we can look forward in a different light; we’d definitely be more relaxed and have a lot of confidence going ahead into the future”. Arrasate added “We can’t lose the fight on Saturday, as we play at home in front of our crowd, and we want to play a good match”.

Sevilla arrive at the Anoeta with a point more than their opponents, after defeating Rayo Vallecano in the last round of fixtures. Their coach Unai Emery has a long list of absentees due to injury, and will be without Victor Machín, José Antonio Reyes, Stéphane M'Bia, Denis Cheryshev, Fernando Navarro for the game.

Emery pinpointed the threat posed by Real Sociedad in his pre-game press conference: “they have a strong defence and individual attackers of high quality. They have potential, and for them it’s a very important game. We need to gain self-confidence, and this is achieved by winning, for which we’ll need to put in hard work. If we’re to win at Real Sociedad and the side will need to show their qualities”. Emery also said “we’re going in the right direction and the only thing to do is to look forwards, using the stones that block our path to help us push on, rather than seeing them as obstacles”.