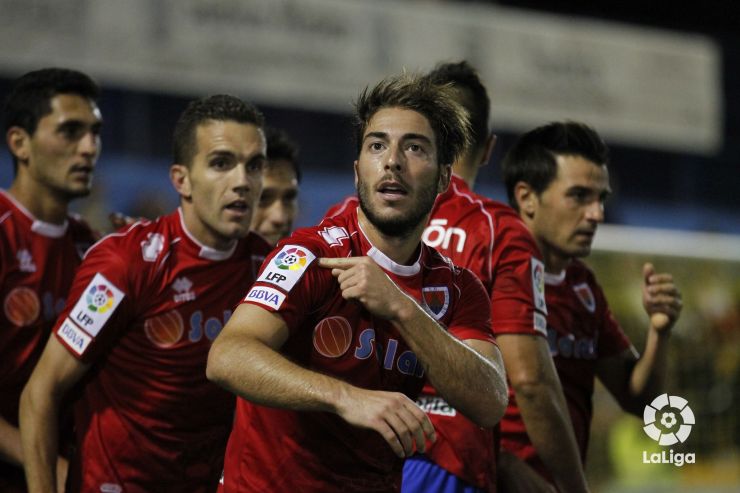 The club from Soria's win over Alcorcón on matchday nine of the Liga Adelante was the first ever in six visits to the south of Madrid.

There was a lot at stake in the match against AD Alcorcón and CD Numancia on matchday nine of the Liga Adelante. The Yellows were looking to maintain their form having avoided defeats in their last two matches, while the side from Soria came to the south of Madrid with Juan Antonio Anquela at the helm, a fan-favourite at Alcorcón.

A lone goal from Miguel Palanca in the second half tipped the balance in favour of Numancia giving them a victory which not only catapulted them from the middle of the table but also meant the team had removed a thorn from its side. The 0-1 victory in the Estadio Santo Domingo was the first win in the south of Madrid in Numancia's history.

The two teams have been playing each other in the Liga Adelante and the Copa del Rey since the 2010/11 season, and until Sunday night Numancia had laboured to three defeats and one draw in Madrid.

Numancia's first visit to Spain's capital was on the 2nd of March 2011, on matchday 32 of the Liga Adelante. The home team sealed a resounding 3-1 win with goals from Ángel Sánchez, Borja Pérez and Paco Montañés. In the same year in the Copa del Rey, the Yellows once again took the spoils (2-1).

A year later, the team from Soria took its first point home from the Estadio Santo Domingo against an Alcorcón that was at the time managed by Juan Antonio Anquela. It was a heroic two-all draw in which the team had been 2-0 down after the break. A 4-1 thrashing and another draw were the Soria team's other two results until the 13th of October 2013, when, under the orders of Anquela himself, the team returned from Alcorcón with three points for the first time.