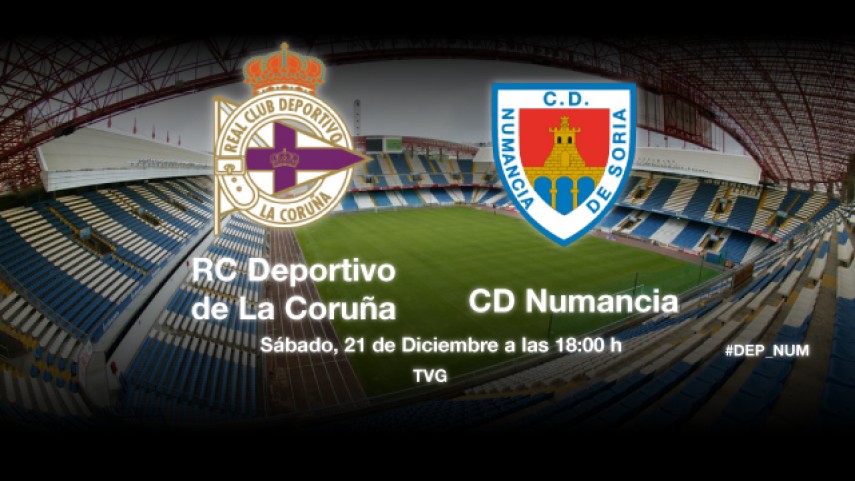 Numancia puts the league leader to the test

The Castile and León outfit, which currently sits fifth in the Liga Adelante, travels to face a Deportivo side looking to hold onto the top spot into the New Year.

The Liga Adelante matchday 19 clash between Deportivo de La Coruña and CD Numancia promises to be a passionate affair, with both teams looking to finish 2013 on a high.

The Galician side, which currently leads the Liga Adelante, will be hoping to pick up its fifth home win of the season in order to hold onto the league top spot. Having lost 2-1 to SD Eibar last weekend in the Ipurua Municipal Stadium, and with Recreativo de Huelva trailing them by just one point, the margin for error is minimal for Fernando Vázquez's men.

Standing in their way of the victory is a Numancia side currently enjoying a strong run of form. Juan Antonio Anquela's side climbed to fifth place after beating SD Ponferradina 2-0, and will be fully confident about picking up an important victory in Riazor in order to move even closer towards the promotion spots. The visitors will have to travel without Pedro Martín and Javier del Pino though, as both forwards are injured.