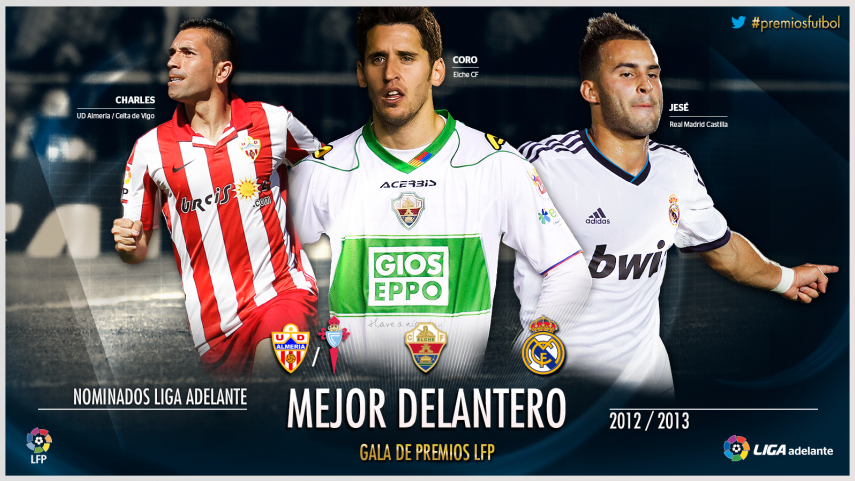 Nominees for the best striker in Liga Adelante

Charles, Coro and Jesé will fight it out for the prize that at the LFP Awards Gala on the 2nd of December

The three nominees for the prize of best forward in Liga Adelante, who all scored key goals for their respective sides last season, will find out who the winner is at the LFP Awards Gala on Monday the 2nd of December.

Charles Dias was a key figure in UD Almería’s promotion last season. His three goals in the play-off final (27 in total for the season) were the determining factor in his side’s ascendance to the highest level of Spanish football. This season, in the colours of RC Celta de Vigo, he is one for Luis Enrique’s key men.

Ferrán Corominas was fundamental for Elche CF. His 12 goals helped them win the league and gain promotion. This season, his third at the club, he remains a pillar of the team who are making their mark in Liga BBVA.

Jesé Rodríguez completes the shortlist. The striker finished last season as Liga Adelante’s leading scorer with 22 in 38 games, and was one of Real Madrid Castilla’s most important players. A Real Madrid youth academy graduate, he has made the step up to the first team where he continues to grow amongst some of the world’s best players.