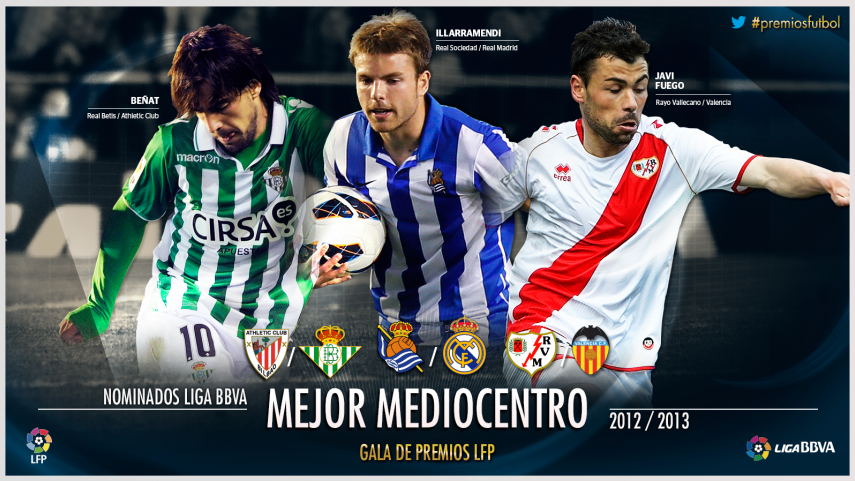 Illarramendi, Beñat Etxebarria and Javi Fuego are the three players who will fight it out for the Liga BBVA award.

Three players who changed clubs in the summer will contest the prize of Best Central Midfielder in the Gala Liga de Fútbol Profesional Awards ceremony on Monday the 2nd of December.

Real Madrid CF new boy Asier Illarramendi was the cog in Real Sociedad de Fútbol's successful 2012/13. Under the orders of Phillip Montanier, the man from Mutriku played 32 times in Liga BBVA, showing the quality he has. His ability to read the play and precise passing helped the 23 year-old secure his dream move.

Another of the players who swapped clubs this season was Beñat Etxebarría. His performances with Real Betis Balompié last season earned him a return to Athletic Club, the side where he started his career. His four goals, and capacity to dominate the centre of the field showed him to be one of the league's best performers last season.

Rayo Vallecano's key man for the past three seasons, Javi Fuego played 36 times for the Madrid side in 2012/13. The Asturias native helps to balance out the team, proof of which being the fact he managed to make the most recovery tackles in Liga BBVA last season.