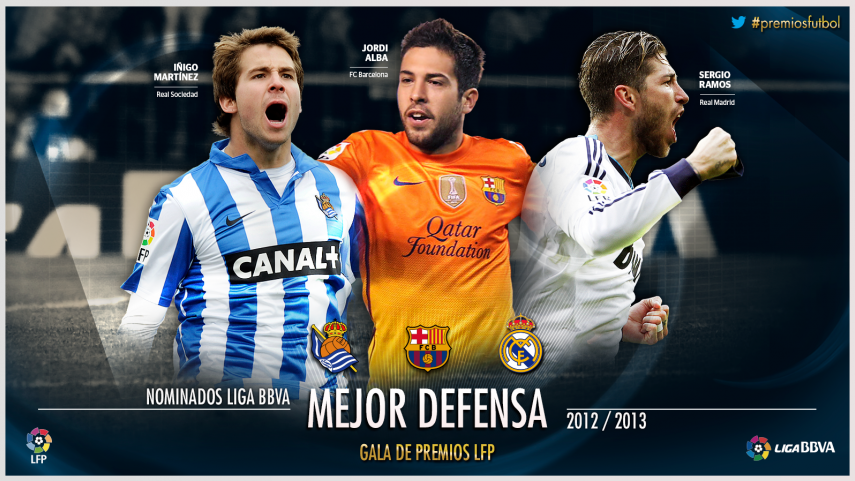 Defenders Jordi Alba, Iñigo Martínez and Sergio Ramos are the three players nominated to receive the award for the Best Liga BBVA Defender.

Jordi Alba was a key player in his team's league-winning 2012/13 season. The FC Barcelona left-back's contribution was very important, both in terms of his wont to attack and the pace he lends to the team. Add to this his outstanding defensive abilities, and the result is a very complete left-back.

Iñigo Martínez is another of the candidates for the prize. Real Sociedad de Fútbol's left-footed defender had a spectacular season, helping his team to reach fourth place in the Liga BBVA, providing access to the UEFA Champions League. He was a regular in Real's starting line-up, playing 34 matches, and he unleashed four goals.

Sergio Ramos completes the triplet of defenders up for the award. His calm, power and superlative ball-striking are just a few of the weapons to figure on his CV. The Real Madrid CF has become one of the Whites' leaders, providing experience, physical strength and quality to last year's Liga and Copa del Rey runner-up.