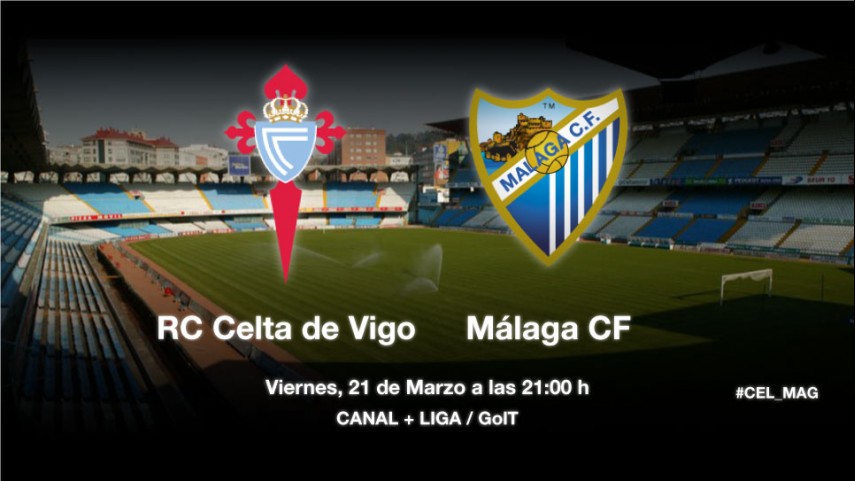 No room for errors

Both Celta and Málaga will be hoping to make the most of this game and get a positive result that would move them closer to the comfort zone in the league table.

Celta Vigo play host to Málaga to kick off matchday 29 of the Liga BBVA. Just four points separate the two sides in the table.

For the Galicians the objective is to win in Balaídos, something they haven’t been able to do since the 24th of January. Luis Enrique will be without Jon Aurtenetxe and Gustavo Cabral, who are both suspended, and will have to wait until the last moment before making a decision on Rafinha Alcántara, who is carrying an injury. The Asturian coach recognised that the Andalusian side "is a direct rival" and that Friday’s match will be "a great chance" to put some distance between the teams. On top of that, he stated that "the match during the first half of the season shouldn’t act as a reference" (Celta won 5-0) because "Málaga have improved a lot and have strengthened their squad [since then]".

Meanwhile, Málaga will be looking to close the gap on Celta. Bernd Schuster will be without Fernando Tissone, who has a serious injury, as well as Jesús Gámez and Vitorino Antunes, who are both suspended. "We have been finding our feet in the last few matches and will be a tough side to beat. We have to work like we have done in the last two games", the German manager declared in his pre-match press conference.