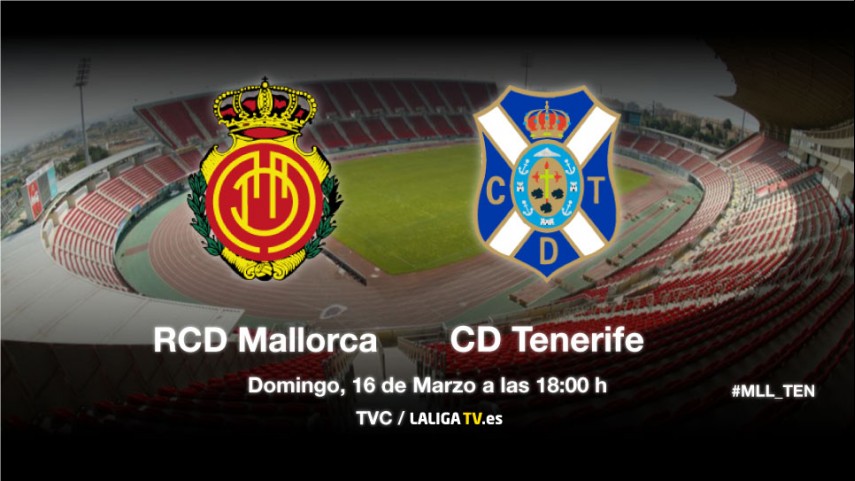 No room for error against Tenerife

Mallorca, who have failed to win in their last seven matches, host a Canary Island team that is on form and in the battle for the playoffs.

Matchday 30 of the Liga Adelante will see an attractive clash between two of Spanish football's historic teams. As RCD Mallorca meet CD Tenerife, the two teams find themselves in opposing situations and with very different objectives.

While the bermellones fight to keep alive their chances of Liga Adelante football next season, the side from Tenerife are dreaming of fulfilling their goal of reaching the playoffs, something that is drawing ever-closer after the team's latest results. Mallorca has now played seven matches without a win and the squad are well aware of the importance of Sunday's match.

For its part, Tenerife, who have not won on the Balearics for 21 years, will be without some of its key players for the game. Ricardo León, who withdrew at the last minute, Diego Rivas, Ayoze Pérez and Aitor Sanz will not be in the Iberostar stadium.