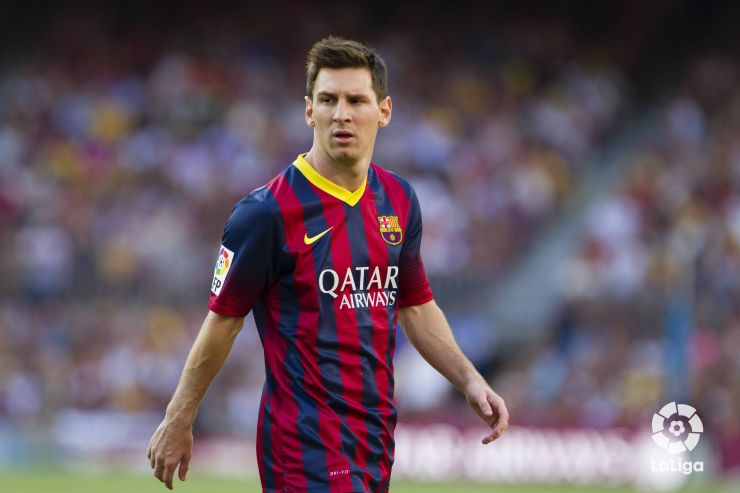 No let up from Barça

With two goals in eight minutes, Barça overcame Real Sociedad 4-1 to maintain their perfect start to the season, taking 18 points from six games.

On the Camp Nou’s 56th birthday, Real Sociedad almost spoiled the party after only two minutes. Antoine Griezmann lead the attack, giving the ball to Haris Seferović, but the Swiss international was unable to apply the finish, and from a possible 0-1, it was 1-0.

Alexis Sánchez crossed the ball in from the right, causing panic between Liassine Cadamuro and Claudio Bravo, allowing Brazilian Neymar to score his first Liga BBVA goal. This was after only five minutes, and the hurricane continued almost immediately, Messi making it 2-0 after great play by Neymar.

Barça’s third came after 23 minutes. Daniel Alves put the ball in from the right, and after a back heel from Messi, Bravo’s attempted clearance went straight back to the Argentinean, whose shot hit the bar then the post, before Griezmann’s bad clearance landed at the feet of Busquets who made no mistake with his left foot.

Goal of the night was scored by De la Bella, who took advantage of excellent play by Imanol Agirretxe, who set up the left winger in the 64th minute. Bartra restored the three-goal advantage on minute 77 after a Messi cross.

Barça now have 18 points after six rounds of Liga BBVA, and Real Sociedad remain on six.