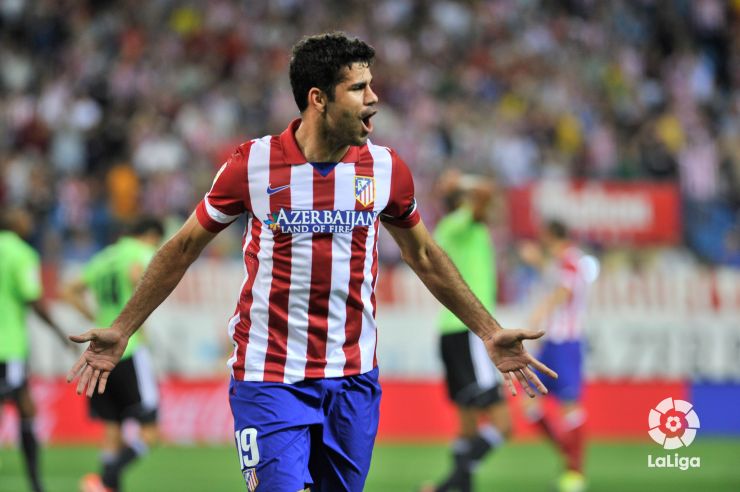 No let-up from Atlético

Atlético Madrid got its sixth victory in a row after seeing off Osasuna 2-1 on Tuesday night in the Vicente Calderon. Diego Costa got both goals for his side, bringing his tally to 7 so far this season.

The match started off quite evenly, and in the Navarra side had a chance to go in front in the 13th minute. Sisi cut in from the right wing with the ball at his feet before launching a powerful effort towards goal. The ball took a deflection off Diego Godin before coming off Thibaut Courtois’ right post. Atletico had more luck with its first real chance, with Diego Costa putting them ahead on the 18th minute after coolly finishing off a good cross from Juanfran. The Brazilian made it 2-0 seven minutes later, this time with a header made easy for him thanks to Koke’s perfect delivery from the right. Osasuna shortened that lead before halftime with Oriol Riera putting the finishing touch to a Patxi Puñal hit free kick on the edge of the area.

Mario Suarez had to come off at the break due to injury, and was replaced by Gabi. Atletico dominated the second 45 minutes, although they didn’t threaten Andres Fernandez’s goal as frequently. Arda Turan had a good chance in the 72nd minute but scuffed his shot wide. The final whistle blew on the banks of the Manzanares with the home side winning 2-1. With this victory, Atletico now has 18 points, the same as Barcelona. Osasuna meanwhile have only amassed three points.