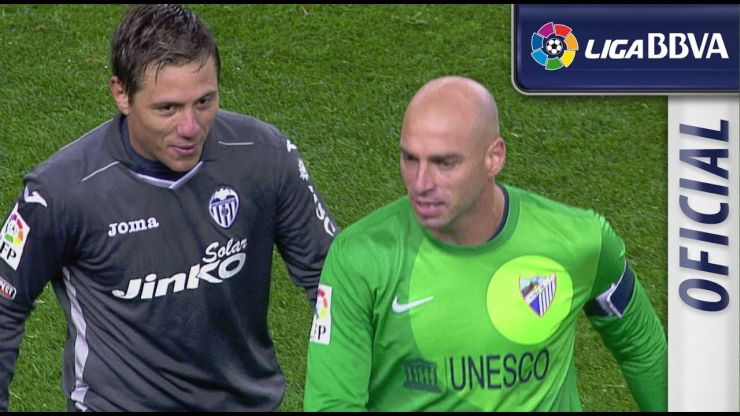 Night of the goalkeepers at La Rosaleda

Outstanding displays from Willy Caballero and Diego Alves meant that a fluent game finished in a stalemate.

Málaga CF and Valencia CF opened the 20th round of games in Liga BBVA with an intense game, in which Willy Caballero and Diego Alves stood out. Bernd Schuster's side remain in midtable, whilst the 'ché', with three points more, stay eighth.

The match started openly, and both Málaga and Valencia had opportunities. After four minutes Samuel García twce tested out the reflexes of Diego Alves, who looked assured for the 90 minutes. The response wasn't long in coming. Following a piece of individual work, Pablo Piatti tested out Caballero. The intensity and succession of opportunities meant that both goalkeepers were protagonists in keeping the scoreline blank until half time.

The second half started like the first. Once again both goalkeepers took centre stage at La Rosaleda with their saves. Opportunities carried on arriving, but both stoppers were having outstanding games, and neither the Andalusians nor the Valencians could make the break through. There was excitement until the final whistle as both sides fought, but failed to score.