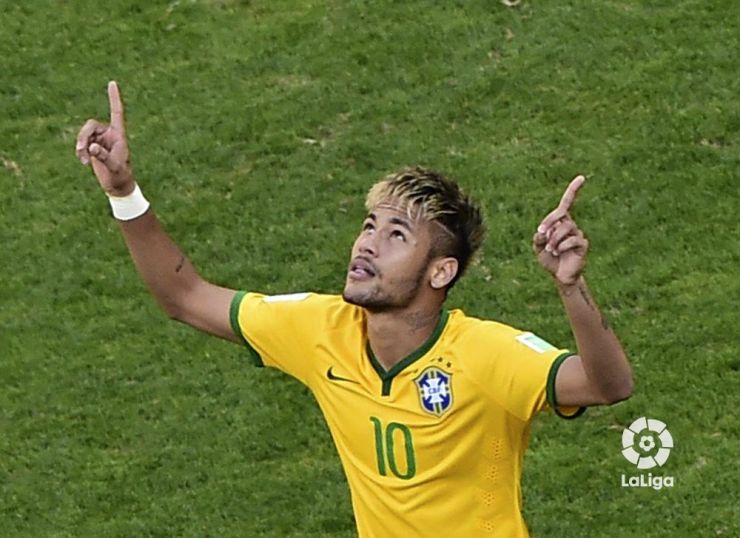 LFP.es compiles the player ratings from various Spanish and international sporting newspapers to analyse the performances of Liga BBVA and Liga Adelante players in the World Cup.

All of the games during the Round of 16 at the 2014 FIFA World Cup were incredibly tight and, as is the case with each matchday of the competition, there is a leader atop the Liga BBVA and Liga Adelante player ratings table. For yet another week (his second in total), Brazil’s Neymar finds himself in the number one position, with an average rating of 8. Trailing just behind him by one tenth of a point is one of his club teammates, Lionel Messi, who is wearing the white and blue of Argentina. In third place is Keylor Navas, the Costa Rican keeper.

Neymar has been Brazil’s great hope during this World Cup. A leader of men on the pitch, the Barcelona striker has helped stir his side, the host nation and one of the favourites to win the competition, with his great play and, above all else, his canny ability in front of goal.

In much the same way that Neymar has been the star for the Seleção, a lot of Argentina’s hopes have been pinned on Messi. He was at hand to provide Di María with an assist in extra time against Switzerland, a goal that gave the South Americans a 1-0 victory over the Central European nation.

While the top three of the ranking consists of two forwards, there is also room for a goalkeeper, a position that has garnered a lot of attention during the competition thanks to the many fine performances that have been offered so far between the sticks. In what is building up to be a World Cup that will be remembered for goalkeeping heroics, Keylor Navas, Costa Rica’s keeper, has been an essential ingredient to the Central America country’s success in the tournament. His fantastic save in the penalty shootout against Greece, followed by his teammates accuracy from the spot, secured Costa Rica’s place to the quarterfinals of the World Cup for the first time.

With regard to the 'LFP Dream Team', the ratings in the various publications LFP.es consulted have been slightly modified after the Round of 16, although there are players, who with good performances, can guarantee their places within the starting line up. As such, in nets is the aforementioned Keylor Navas, in defence are Héctor Moreno, Toby Alderweireld and Francisco 'Gato' Silva. Joining Ángel Di María, Sofiane Feghouli and Javier Mascherano, who had already made up part of the team’s midfield, is Colombia’s Carlos Sánchez. And making up the rest of the team up front are Antoine Griezmann, Alexis Sánchez and Messi.