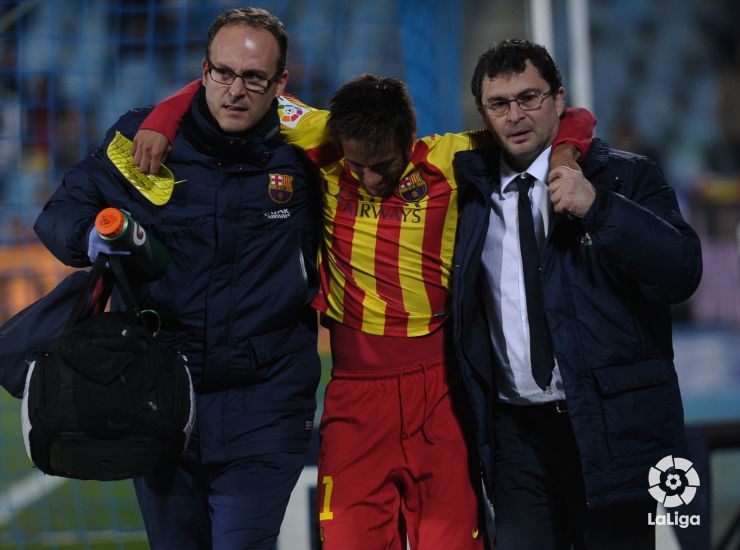 Neymar out for between three and four weeks

Barcelona's Brazilian forward will be out for around a month after injuring ligaments in his right ankle.

FC Barcelona have announced through their official website that they will be without star signing Neymar Jr for between three and four weeks after he "sprained peroneal tendons in his right ankle".

Neymar, who had to be taken off in the first half of his side's victory over Getafe CF in the Copa del Rey, was injured in the 22nd minute whilst playing on the left hand side. The injury means that the league leader's number 11 will be absent for the next three Liga BBVA ties against Levante UD, Valencia CF and Málaga CF, whilst he will also miss out on the Copa del Rey quarterfinal against Levante.

The forward, who arrived at the Camp Nou this season, has played 16 times in Liga BBVA for Barcelona, scoring six goals.