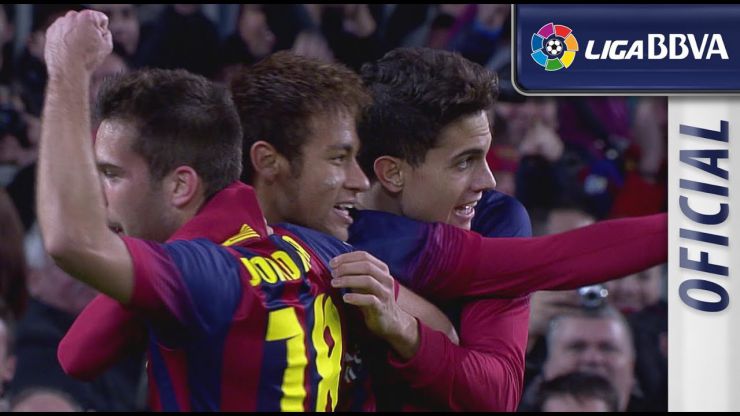 Neymar leads his team to victory over Villarreal

Barcelona beat the Yellows 2-1 thanks to the Brazilian striker, who scored both of his team's goals.

FC Barcelona defeated Villarreal CF 2-1 in an enjoyable matchday sixteen Liga BBVA encounter. Thanks to two goals from Neymar, the azulgranas sealed another victory to stay at the top of the table, despite the fact that Marcelino García Toral's men equalised through Mateo Musacchio.

Gerardo Martino's men came out ready to pocket three points, having lost 1-0 to Athletic Club in their last league match, and the Catalonian team made their intentions clear when Alexandre Song hit the upright after six minutes and they persistently peppered their opponents goal, while Neymar was very involved on the left wing. The Brazilian forward made it 1-0 after half an hour, when he beat Sergio Asenjo from the penalty stop with a trademark paradinha.

After the break, Villarreal upped the pace and they soon got their just deserts, equalising with a powerful Musacchio header in the 48th minute. However, Neymar was the hero once more as he made it 2-1 twenty minutes later, finishing off a delightful combination between Alexis Sánchez and Cesc Fàbregas from inside the six-yard box. The result means that the three points stay in the Camp Nou thanks to Barça's number 11; a perfect way to round off a great performance from the player from São Paulo.