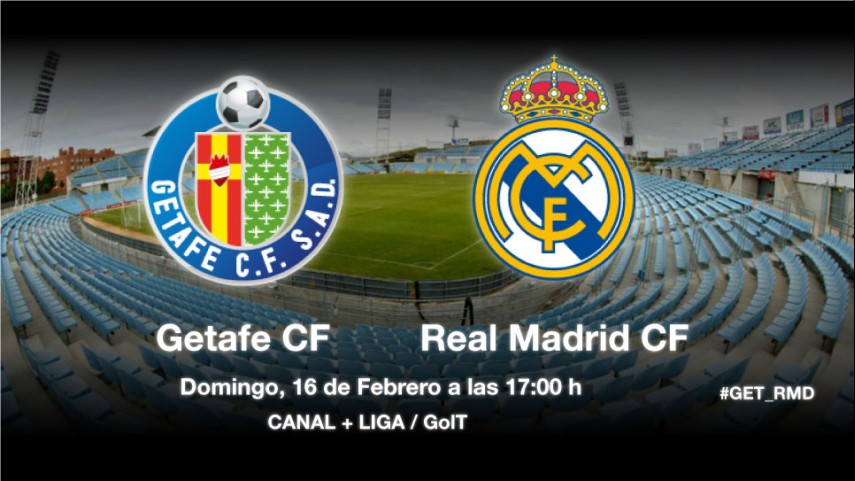 Need for victory at the Coliseum

Real Madrid are keen to keep the ball rolling in the league against a Getafe who have failed to secure a win in over two months.

Real Madrid CF visit the Coliseum Alfonso Pérez to take on Getafe CF on the 24th matchday of the Liga BBVA. The azulones, who haven't won a match in front of their supporters since the 29th of November, need a good result to stay out of the danger zone in the table.

The team from the south of Madrid will go into the clash with a number of players out of action. Roberto Lago and Álvaro Arroyo, suspended, and Sergio Escudero, Rafa López and Pedro Mosquera, injured, make up a list that now includes Jorge Sammir, as well as academy players Carlos Vigaray and David Fornies. Luis García Plaza commented on the absences. "If it was a competition for players out we would win hands down and it's us who have to make the most changes", said the manager, adding that "Cristiano is the best, but his absence won't affect Real Madrid".

Sure enough, the Portuguese footballer is one of the main absentees for Madrid. Besides Cristiano Ronaldo, who is suspended, Álvaro Morata and Dani Carvajal will miss the game due to injury. Carlo Ancelotti was cautious at the pre-match press conference and admitted that "there are no easy games", warning: "Getafe has struggled in recent matches and tomorrow we'll go up against a team playing with intensity and focus".