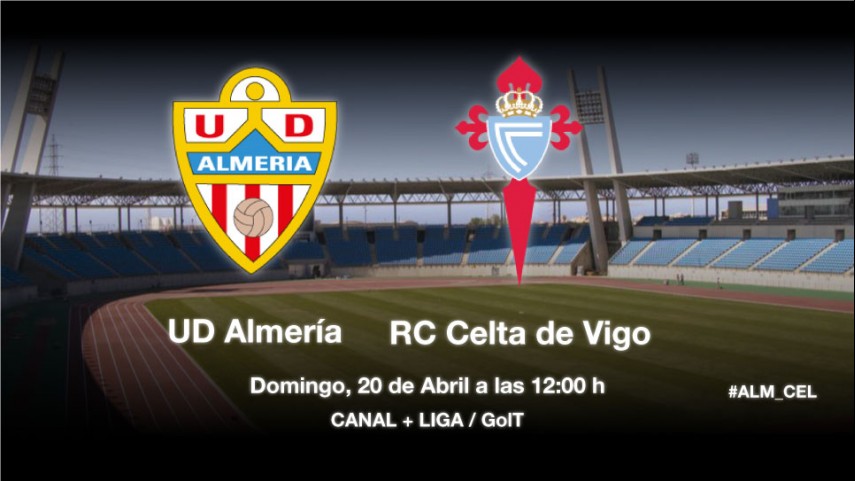 Necessity versus peace of mind

Almería need three points to continue their fight for survival, while victory would give Celta the chance to go into the final stages of the season out of danger.

This Sunday UD Almería welcome RC Celta de Vigo to the Balaidois Stadium in their game on matchday 34 of the Liga BBVA.

The Andalusian team go into this match needing three points in order to cling to survival. Almería have failed to win in four games, since they defeated Real Sociedad de Fútbol 4-3. Marco Torsiglieri, yet to recover from his injury, Marcelo Silva, also with physical issues, and Sebastián Dubarbier, who has just received his medical discharge after a cartilage operation, are unavailable for the match.

Celta have very different objectives going into the game. The Galicians are twelfth in the table and, after drawing 2-2 against Real Sociedad last week, they will be looking for a win that will bring them peace of mind until the end of the season. Augusto and Welliton are out injured, while Jon Aurtenetxe is suspended. Luis Enrique said that his team must stay focussed for the next few matches: ”We have three key games coming up against three teams in our division. Competing against them will determine our final position”.