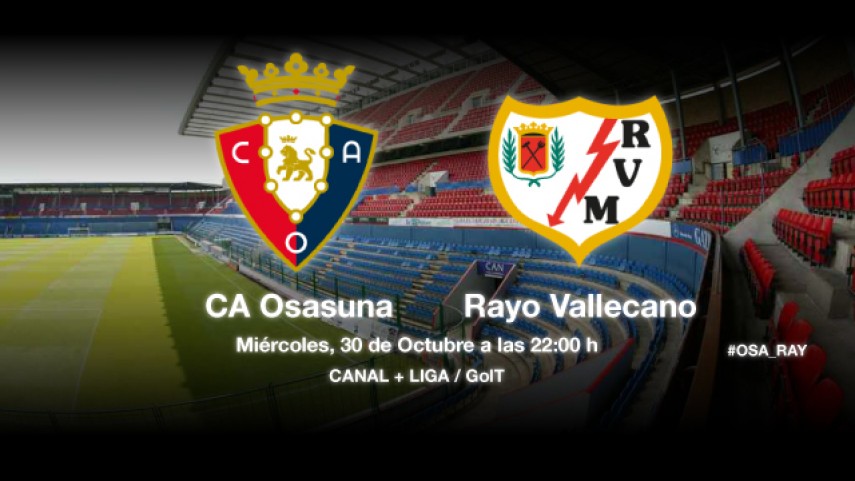 Must win game in Pamplona

After not getting off to the best of starts in Liga BBVA, Osasuna and Rayo chase a vital win on Wednesday to escape from the bottom.

On Wednesday CA Osasuna will host Rayo Vallecano in the 11th round of Liga BBVA, with both sides looking to secure an important victory that would see them move away from the bottom of the table.

The side from Navarra, who sit second bottom, were defeated 2-1 last Sunday by Sevilla FC and will head into the crunch game against the side placed 17th with the good news that Raoul Loe has been given the medical all clear, although they will be without the suspended Damià. "Rayo are a side who play a very open game, with lots of running and a goal threat. They're a brave team but haven’t able to take their chances", said Osasuna coach Javi Gracia.

Meanwhile Rayo also go into the match on the back of a loss, 0-3 against Real Valladolid CF, and the Madrid side's manager Paco Jémez knows what his side must do in Pamplona: "We need all our intensity there. I don't want a team who speculate. I want a brave side, an aggressive one who shows that we want to win". For the tie, Jémez will be without Zé Castro and Leonel Galeano who are returning to fitness, with Nery Castillo joining them on the sidelines.