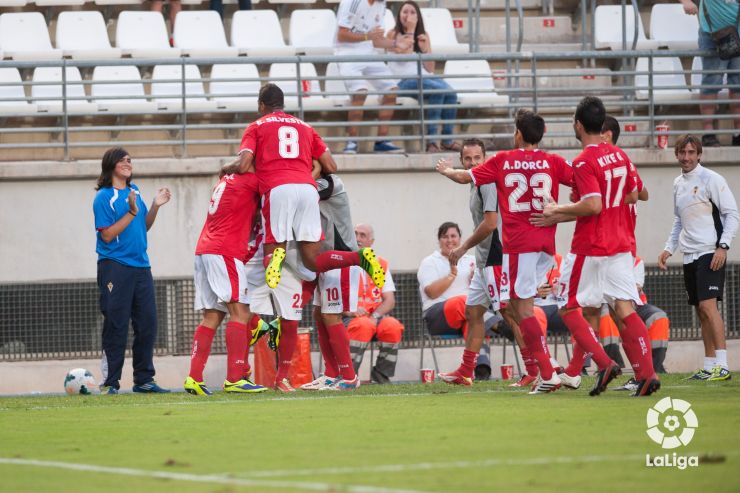 Even though the two sides are five and six points behind the team from Huelva respectively, they’ve won their last six games.

The first five games of the ninth round in Liga Adelante provided both goals and excitement.

In the Spanish capital RC Recreativo de Huelva defeated Real Madrid Castilla thanks to Manuel Arana’s seventh goal of the season. In doing so the side from Huelva solidified their spot at the top of the table, making it six wins in a row in the process.

Five points behind Recreativo are Real Murcia CF, who snuck past a Girona FC side who are now without a win in four. A point behind Murcia are CD Lugo, who also won 1-0 against Córdoba CF, making it two losses on the bounce for the side from Andalusia.

Deportivo Alavés also took three points with a 2-3 win away at CD Mirandés, largely due to a stunning first half display in which they scored all of their three goals. Alavés now sit in mid-table thanks to their first away win of the season.

Finally, in Saturday’s last game, CE Sabadell FC and UD Las Palmas played out a 0-0 draw despite both sides carving out numerous opportunities.