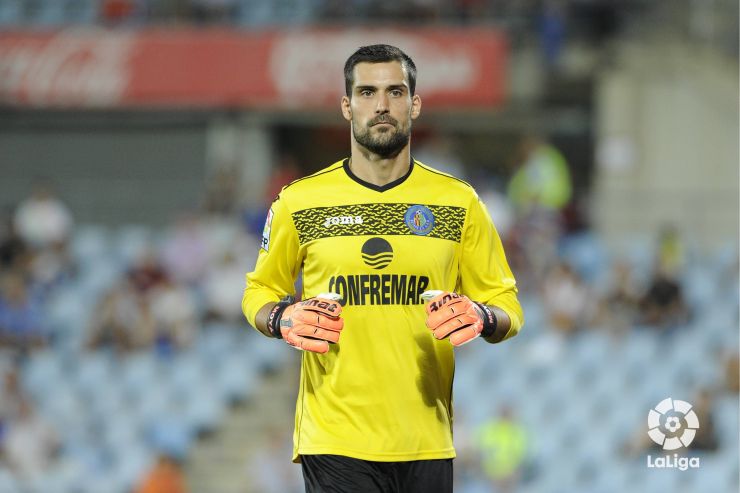 The goalkeeper arrives from Getafe and will sign for the next three seasons.

Goalkeeper Miguel Ángel Moyà has reached an agreement with Club Atlético de Madrid to pull on a Rojiblancos shirt for the next three seasons. After undergoing a medical, the shot-stopper from Binisalem (Balearic Islands) will be signing as a new goalkeeper at the Madrid club. This is the second signing for Diego 'Cholo' Simeone after the arrival of Ángel Correa.

Moyà comes from Getafe CF, a team he served for two seasons. He was previously an international in the lower ranks of Spain, where he won two European cups, one with the Under-16s and another with the Under-19s. He learned his trade in the lower ranks of RCD Mallorca and, and after making his first-team debut in the Liga BBVA against Real Madrid CF, he signed for Valencia CF, where he stayed for two years before making the move to Getafe.