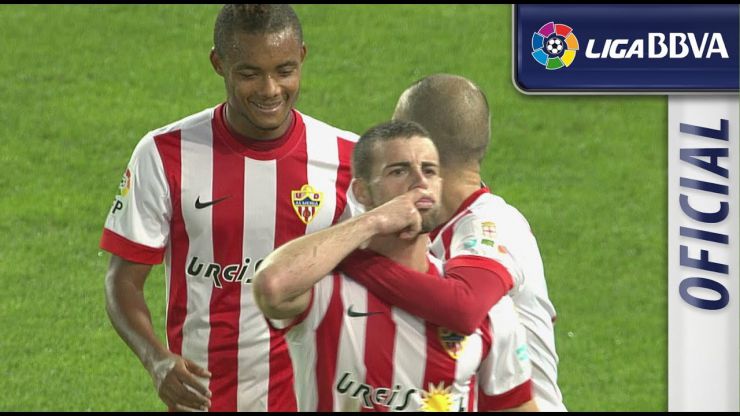 Francisco Rodríguez’s side picked up its second successive Liga BBVA victory thanks to a Rodri goal in the first half.

UD Almería won its second Liga BBVA game in a row thanks to a Rodri goal which proved enough to see off Real Valladolid 1-0.

Almería was full of confidence coming into the match having picked up its first win of the Liga BBVA campaign during the week. The Andalusian side came out of the traps flying, but had to wait until the 38th minute to break the deadlock. Rodri finished off a good cross from Suso to open the scoring in the Mediterráneo Stadium, giving the home team the lead going into half time.

Almería controlled possession during the second half, making sure that Juan Ignacio Martínez’s men weren’t able to threaten Esteban’s goal. Valladolid clearly lacked the injured Manucho in attack, and to add to the away team’s misery, Patrick Ebert was sent off in the 75th minute after picking up a second booking. Almería had a chance to extend its lead, but neither Rodri nor Suso was able to make the most of the opportunity. With no time to change things, Francisco Rodríguez’s side took all three points and continues to climb the league table.