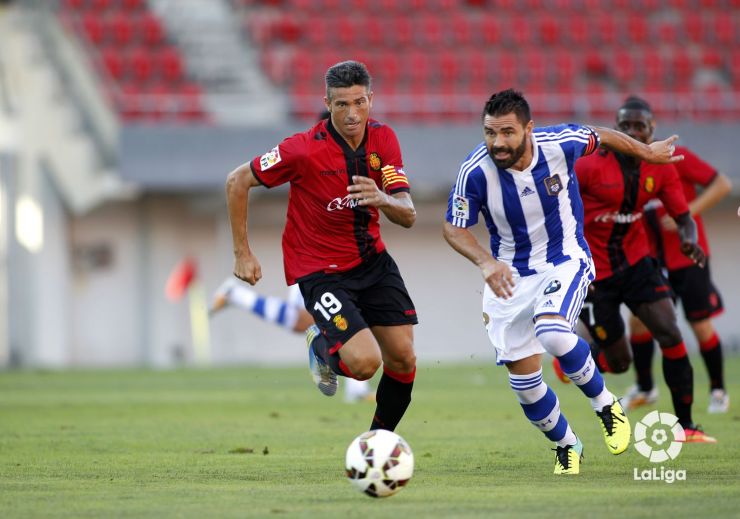 After their victory over Mallorca, José Luis Oltra are unbeaten and have only conceded one goal.

RCD Mallorca and RC Recreativo de Huelva met on matchday four of the Liga Adelante with the visitors claiming a 1-2 victory. The Balearic side went into the match needing points after claiming just one in the three games they had played thus far, while for Recreativo the situation was totally different: José Luis Oltra's side have not lost a game so far this season.

The Decano took the lead in the 13th minute through a shot from Ángel Montoro. The Valencian player scored a goal that will undoubtedly be among the best of the round. On their return to the Son Moix Stadium, Jose Luis Oltra's team played it very tight in the first 45 minutes, controlling the game and preventing the home side from threatening their goal.

The visitors went out in the second half with much more intensity looking to extend their lead, but they ran into a highly combative Mallorca who did not back down. In the 59th minute Marko Šćepović took advantage of a ball that stopped in the goal area to equalise. It was the first goal that Huelva had conceded this season in the Liga Adelante.

The game turned on its head seven minutes before the end. Mallorca's goalkeeper, Jesús Cabrero, committed a foul that saw him sent off and a penalty was awarded. Recreativo player Jesús Vázquez made it 1-2 when he scored from the spot.